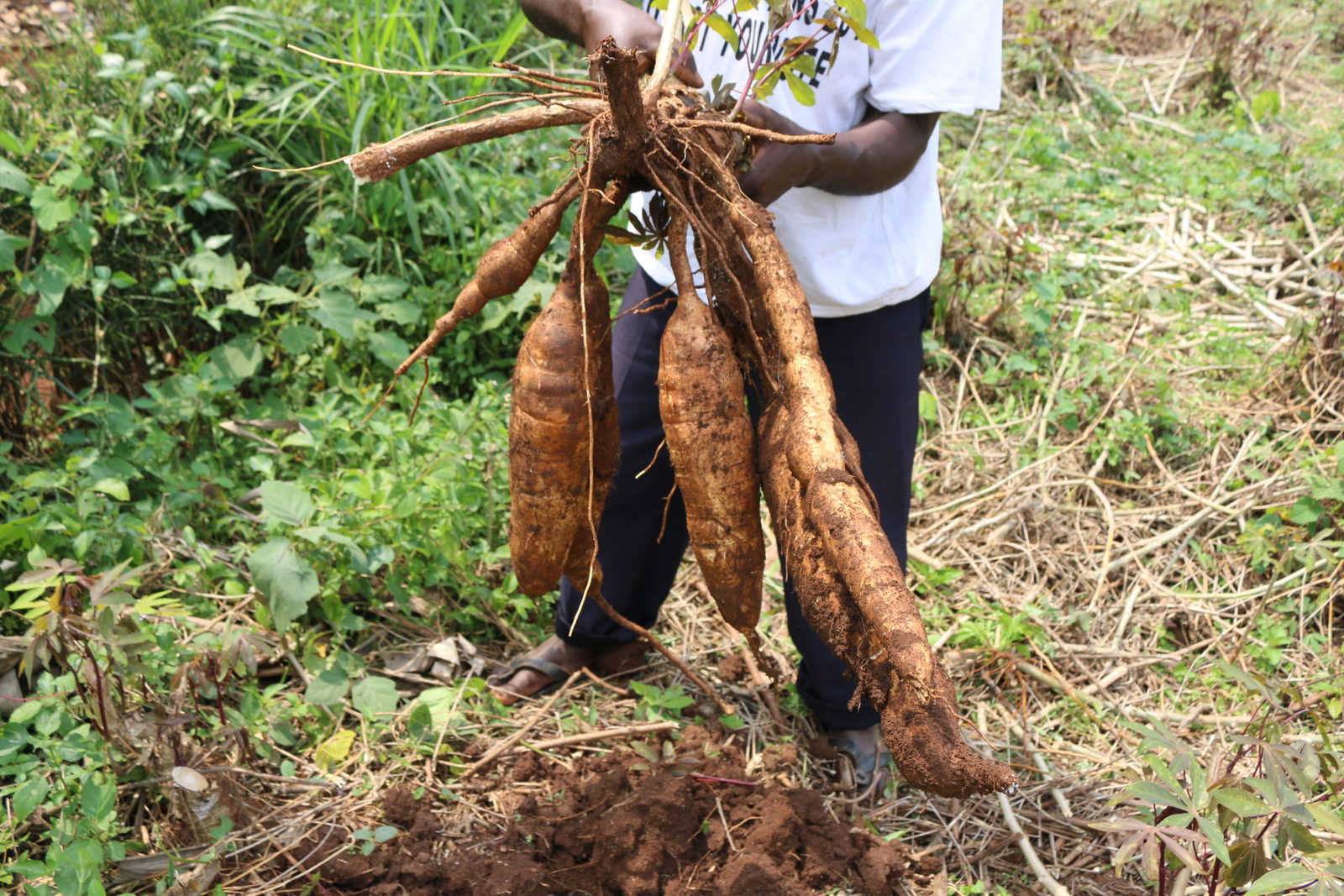 An innovative process turns cassava waste into valuable livestock feed and is ripe for scaling out.

Nigeria is the largest producer of cassava in the world, growing about a fifth of the global harvest, some 57 million tonnes in 2016. While this rise has undoubtedly helped to alleviate hunger in the country, it creates a mountain of waste – estimated at 15 million tonnes a year – that causes environmental and health problems.

In 2015 the International Livestock Research Institute (ILRI) and the International Institute of Tropical Agriculture (IITA), supported by the CGIAR Research Program on Roots, Tubers and Bananas (RTB), together launched the Cassava Peel Project, which I lead, to address the problem of cassava waste.

The heart of the project was a procedure we developed that converts wet cassava peel into energy-rich, high-quality animal feed. First, the fresh peel is grated three times, to reduce the particle size and make it easier to dry. The grated peel is packed into sacks that are placed in a hydraulic press that removes more than half of the water content. The sacks are left overnight to ferment and the resultant wet cake, which stores for up to a week, can be fed directly to cattle, sheep and goats, and pigs. The wet cake can also be grated again to break it up and the particles sieved into fine and coarse fractions. These fractions are dried in the sun or overheat, and will then store for up to six months. Dried fine cassava mash can be fed to poultry, fish, and pigs, while the coarser mash is suitable for cattle, sheep and goats, and pigs.

Ready to go to scale

As project leader and champion of the Cassava Peel Project, I knew that we were ready to go to scale, and RTB’s Scaling Fund agreed because in 2017 ours was one of three projects chosen for support. Part of this involved putting the project through the Scaling Readiness analysis process, which helped us identify possible bottlenecks and come up with a clear scaling strategy.

For example, while we had worked out most of the technical details, Scaling Readiness helped us to identify the “soft” side of cassava peel innovation, such as the importance of partnership, user perceptions of the cassava mash, and how to price the final product. As a result, we realised that one of the biggest bottlenecks was the lack of a market for animal feed made from cassava waste.

The difficulty was that the millers who compound animal feed believed the myth that cassava products were harmful because they contained cyanide. Because of that myth, they were unwilling to include any cassava products in their feeds. It is true that unprocessed cassava does contain cyanide, and so a key focus of our processing line was to reduce to safe levels cyanide and aflatoxin, another harmful component. We still needed to convince millers that our High Quality Cassava Peels (HQCP) could safely be included in their feeds.

To do that, we partnered with Single Spark, a development consultancy, to develop an app called FeedCalculator®. This allows millers to calculate feed formulae that include HQCP as a locally available energy ingredient in their mixes. The millers know that Single Spark is independent, and that gave them the confidence to try using the app to formulate feeds. Within the first two years, we saw more than 2000 feeds formulated to include HQCP as an ingredient, with more than 450 formulations for broiler chickens.

A screenshot of the Cassava Peel Tracker App.

Communication formed an important part of our scaling strategy. At the start of 2017 we published a video on the process which has been widely viewed and brought in several enquiries.

Scaling Readiness was, I believe, an essential element in the success of the project. It helped us to identify the non-technical necessities for success, pinpointing the areas on which to focus for the greatest impact. It also helped us identify partners who could help us to overcome the bottlenecks we recognized earlier in the process.

As a result, by the end of 2019 we had around 120 potential investors interested in making use of formerly wasted cassava peel. I am optimistic we will see many more, in Nigeria and across Africa wherever cassava is grown.

This blog is written by Dr Iheanacho Okike.