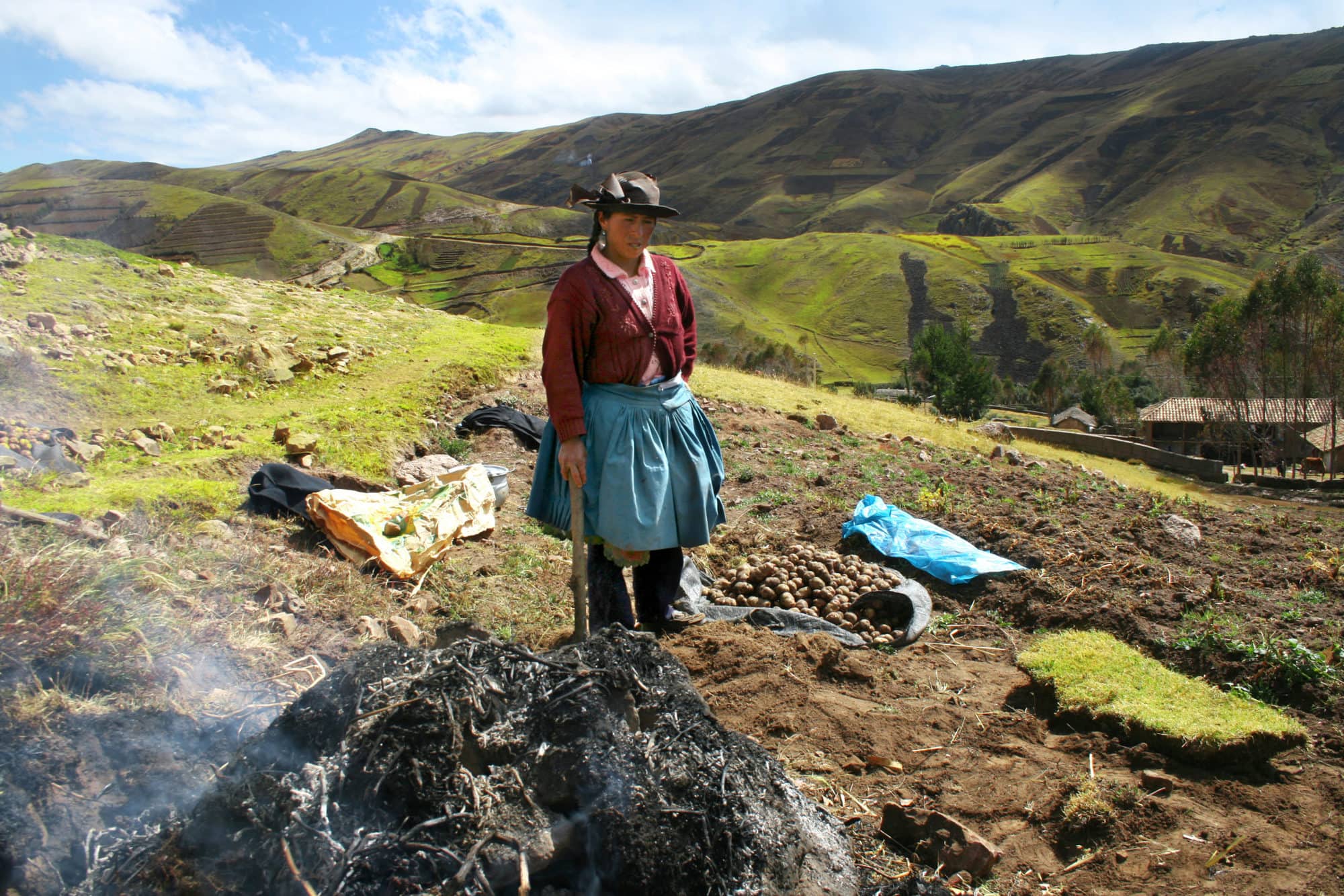 Women in smallholder farm households do much of the work on roots, tubers and bananas. They produce and process the crops, but they don’t always get an equitable share of any profits that ensue. For that reason, the CGIAR Research Program on Roots, Tubers and Bananas (RTB) incorporated gender considerations in its work from the start.

“We know that innovations in roots, tubers and bananas can improve food security, nutrition and incomes while boosting resilience to climate change,” says Vivian Polar, Gender and Innovation Senior Specialist with RTB. “But to do that well requires us to understand how women and men differ in their expectations and uptake of innovations.”

RTB has recently published a brief looking back over its gender research work and efforts to incorporate gender across its entire research portfolio. With a focus on plant breeding, seed systems and the scaling of innovations, RTB research has resulted in the deployment of tools specifically designed to give those areas a gender lens through which to examine and adapt their activities.

RTB’s work on gender is participatory and operates through partnerships and alliances with existing women’s networks. It often focuses on capacity development, giving women the skills and opportunities they need to make more of RTB crops. And it tries to collect information on outcomes and impacts that can provide a gender dimension for feedback and cyclical project development.

The Gender and Breeding Initiative (GBI), coordinated by RTB, provides a space where plant breeders and social scientists can come together to share their experiences and learn from each other. Aside from published papers that address aspects of gender, studies enabled by GBI also resulted in a practical product known as the G+ tools for gender responsive breeding. These offer an integrated and systematic protocol to gather gender-specific information for the development of a product profile, which plant breeders use to guide their efforts to create new and improved varieties. For example, a trait such as thicker skin on a tuber, to protect it from insect attack, may make women’s work to peel the tuber more difficult, reducing the chance that they will adopt the new variety. Breeders need to consider this type of information as they decide which traits to prioritize.

The G+ tools are now being piloted in cassava and beans, thanks to a grant from the CGIAR Excellence in Breeding Platform, while RTB is supporting additional pilot applications in banana and sweetpotato breeding.

One of the great practical benefits of roots, tubers and bananas is that they are generally multiplied by vegetatively propagated planting materials. This means that new varieties can relatively easily spread from farmer to farmer, particularly through the informal seed system. This can adversely affect poorer people, who access most of their seed through these informal channels. Research in Uganda, for example, has shown that poorer women, who may not have a man in their household, find it difficult to get banana planting material because they have little to offer in exchange. And if a banana mat is unproductive, women may be less inclined to uproot it and replace it. This is partly because it needs some strength, and also because uprooting is considered “men’s work” so that societal norms are involved.

An important goal for all RTB projects is to ensure that the innovations can benefit people at scale. This too requires gender analysis and gender-responsive innovations to succeed.

The management of pests and diseases is one area where innovations have the potential to improve harvests and thus well-being. A new approach to cope with banana Xanthomonas wilt, for example, is to remove only infected pseudostems rather than the entire mat. The research found that training for Single Diseased Stem Removal (SDSR) was being delivered primarily to men, even though it needs less labor and so could be of great benefit to female-headed households. When they receive the necessary training, women adopt SDSR and harvest the benefits.

In another study, researchers looked at how pesticides are used on potato crops in Burundi, Rwanda and Uganda. The work is gendered, with women fetching the water to mix the pesticide and men doing the spraying. The men, however, often do not wear personal protective equipment, leaving the women to wash clothes that are probably contaminated by pesticides. At present, women are not invited to training on pesticide use, which is organized by men for men. As a result, women never get to learn about the harmful effects of pesticides. If women knew more, they could not only protect themselves but also possibly prevail upon their menfolk to take more care.

Information gathered in these sorts of studies will be used to train extension workers and to design new training initiatives.

The brief contains links to several studies that document the importance of gender in efforts to improve the way smallholder farmers can make better use of roots, tubers and bananas. The overall conclusion is that all interventions must consider women and men separately. But this, the brief concludes, will require transformative change.

“The perception of men as household heads and women as … helpers who are also illiterate and ignorant often has implications on women’s ability to access training and information. Negative stereotypical perceptions about women by their husbands and extension workers militate against women’s access to training and information. Institutional biases within extension systems reproduce gender inequality by reinforcing stereotypical gender norms.”

As CGIAR moves forward into a new phase, Vivian Polar is sure that gender responsiveness will become more widespread and will pave the way towards transformative and sustainable change.

“We see overcoming these prejudices and empowering women as a fundamental necessity,” she says. “The approach used by RTB has strong potential to contribute to the One CGIAR design process. Scaling, breeding and seed systems will be part of the One CGIAR agenda and will need to include a gender dimension to ensure equitable research and development outcomes.”