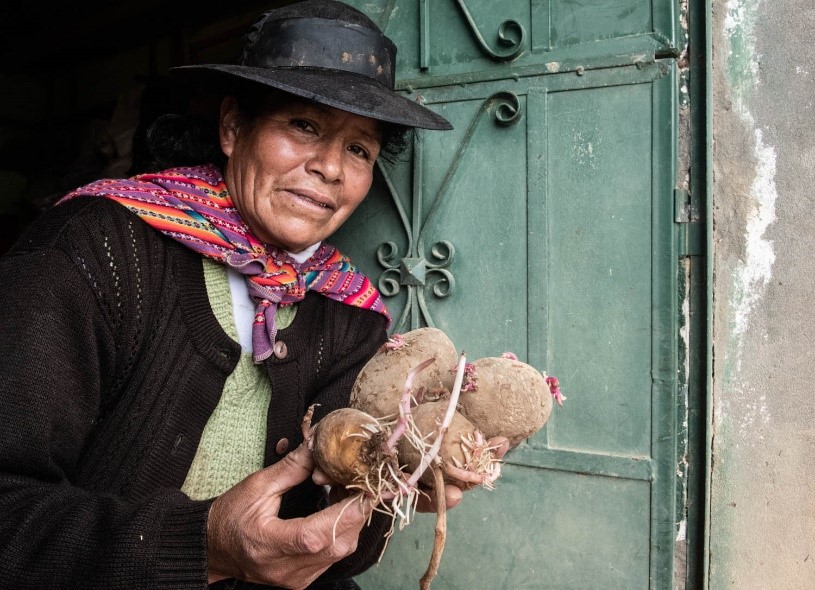 The production of root, tuber and banana crops (RTB crops) in developing countries has surged since 1960. A review recently published in the International Journal of Food Science and Technology suggests that the surge will continue to 2030 in light of past trends and recent projections.

More than three billion people in developing countries consume RTB crops. For many of the developing world’s poorest farmers and food-insecure people, RTB crops are a critical source of food, nutrition, animal feed, and cash income. That production leads to an estimated annual farm-gate value of US$339 billion.

Gregory Scott, an agricultural economist with CENTRUM PUCP and author of the study, supported in part by the CGIAR Research Program on Roots, Tubers and Bananas (RTB), explains: “The review analyzes the major changes in production, use and trade of RTB crops over the last six decades by using FAO data and existing literature.” It then assesses estimates of their future use and offers recommendations on how these crops might achieve their full potential in local agri-food systems.

Growers, processors, traders, and urban consumers of RTB crops as well as policymakers and researchers have a vested interest in that trajectory and will continuously adjust to the changing opportunities and constraints.

The review highlights some significant gains. “Production of RTB crops in developing countries has increased by nearly 250% since 1961–63,” says Scott. “And the bulk of that – 64% – has occurred after 1990, mainly due to big increases in potato and cassava.”

Since the early 1990s, cassava output surged in sub-Saharan Africa, while potato production expanded rapidly in Asia. Bucking the trend, sweetpotato was the only RTB crop to show a net decline in the six decades, largely due to its decline in China, although that masks the spike in sweetpotato output in Africa.

With a growing global population, you would expect increases in food production but the growth rate of RTB crops surpasses other crops. “Since 1988–90, growth rates for some RTB crops have been higher than those for several cereal crops in Africa, Asia, and Latin America and Caribbean,” says Scott. “This highlights their growing importance in the agri-food systems of developing counties.”

After documenting the production rises of the past six decades, Scott looked to the future. “All the indicators are up, up, up,” says Scott. The International Food Policy Research Institute (IFPRI) projects roots and tubers alone – they count bananas and plantains separately – would reach 857 million tons in 2030 and 995 million tons in 2050. Current trends suggest that yams have already reached their 2030 production estimates and cassava and potato will soon surpass their estimates.

The production increases are buoyed by consumers’ desire to diversify their diets by eating more vegetables and fruit. As these consumer preferences change, growers, processors, and traders often see RTB crops as offering opportunities not only to improve household food security but also to increase their incomes on the cash market.

From subsistence to cash

The study revealed how some RTB crops are moving from purely subsistence crops to cash crops. “For example, potato is predominately a cash crop in Asia and cassava is in Southeast Asia,” says Scott. “Unlike the other RTB crops, plantain remains mainly a subsistence crop.” Formal international trade of RTB crops is largely confined to cassava from Southeast Asia and bananas in Latin American and the Caribbean. In addition, some seasonal border trade of potatoes occurs, for example, between Tanzania and Kenya and China and Vietnam.

“These findings highlight how important RTB crops will be in addressing the food, nutrition and income needs of growing numbers of producers and consumers in emerging economies in the future,” says Graham Thiele, RTB Director. “International and national support are essential to carry out the research needed to address the constraints to production, use and consumption for each of the RTB crops as outlined in this review.”

Scott, G.J. (2020). A review of root, tuber and banana crops in developing countries: past, present and future. International Journal of Food Science and Technology. https://doi.org/10.1111/ijfs.14778