Roots, tubers and bananas in Central Africa are well suited for climate change 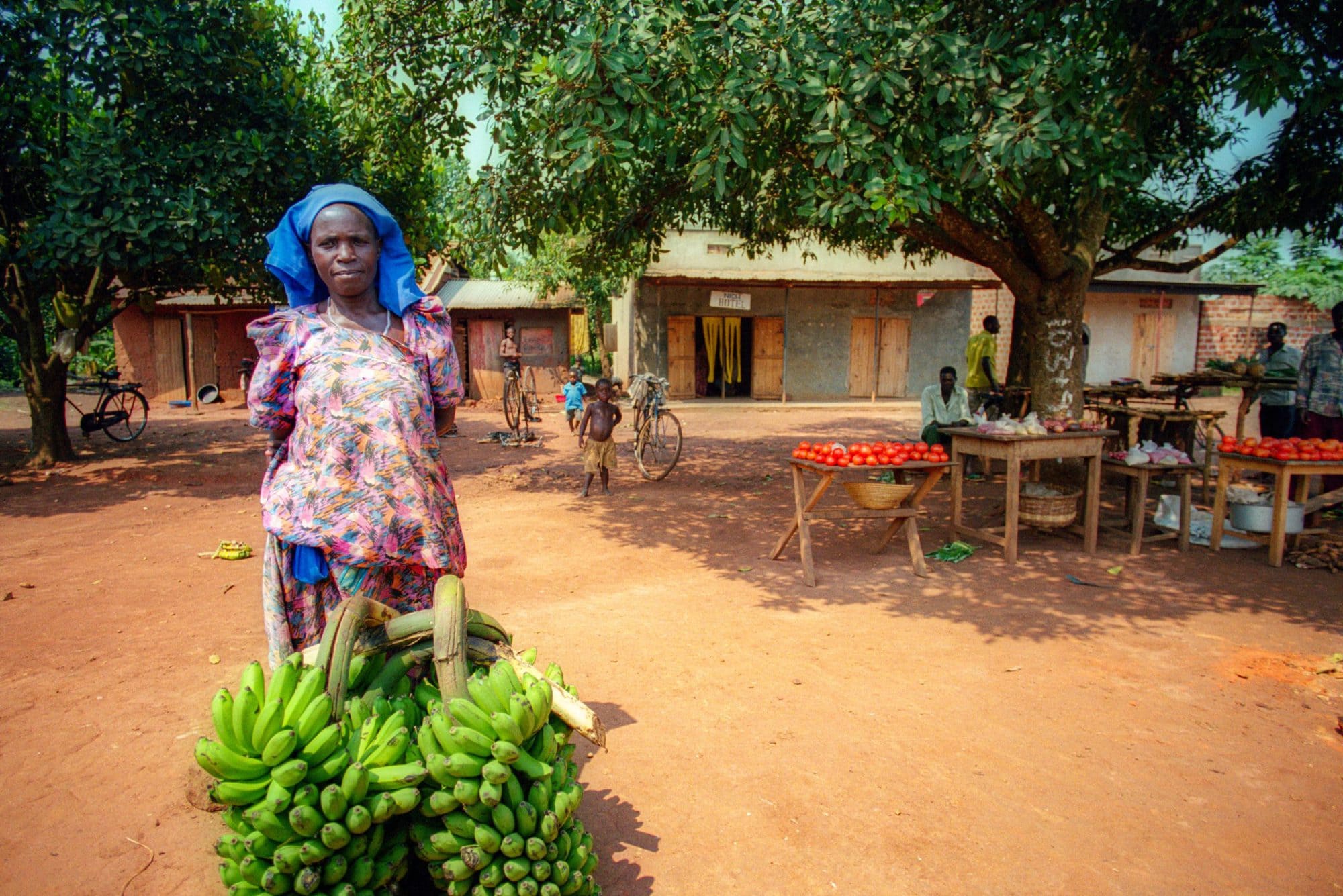 As the Great Lakes Region of Central Africa becomes hotter and wetter, root, tuber and banana crops (RT&B crops) will continue to be suitable for the region. A study recently published in Agricultural Systems concludes that future rainfall and temperature shifts due to climate change will be somewhat favorable to RT&B crops in the region apart from potatoes.

“There’s little doubt these days that our climate will be quite different in the future,” said Rhys Manners, a data scientist based in Kigali, Rwanda with the International Institute of Tropical Agriculture (IITA) and co-author of the study. “But we’re not certain how these changes will impact the suitability of certain crops in specific regions, by mid-century. This study aimed to find out.”

By determining the suitability of crops in specific locations, researchers can provide advice like planting dates and variety selection so that farmers can mitigate the impact of climate change. The data can also help decision-makers plan long-term strategies and policies.

The study used modelling to analyze the future impacts of climate change on crop suitability of RT&B crops in the Great Lakes Region (GLR) of Central Africa. The GLR consists of seven countries (Burundi, the Democratic Republic of the Congo, Kenya, Malawi, Rwanda, Tanzania, and Uganda) that border the African Great Lakes.

The study focused on four RT&B crops: banana, cassava, potato, and sweetpotato. They contribute up to 47% of daily caloric intake in the GLR. RT&B crops are critical for household food security and livelihoods in the GLR where smallholder farming systems are largely based on these crops. The potential impact of climate change on the livelihoods of these farmers can be devastating if a proactive approach isn’t implemented.

“We know that RT&B crops have a potential resilience to climate change,” said Manners. “Some have high drought stress tolerance and can thrive under high temperatures. But compared to other crop groups, we’re not certain how they will perform under the projected climate change in the GLR.”

Predicting the future via modeling

To find out, the study team used modeling techniques. Crop suitability models can generate information that provides a basic understanding of how future climates might affect agroecological systems.

The team used a modeling tool called EcoCrop, which analyzes the suitability of a given location for a crop in what is known as spatially explicit modelling. They modified EcoCrop to be more sensitive to longer-duration crops like some RT&B crops and generated improved model outputs by validating environmental niche ranges for RT&B crops and crop variety types. For each crop, the team analyzed the suitability of four hypothetical varieties: typical, heat-tolerant, drought-tolerant, and early maturing.

Like any model, the adapted EcoCrop tool had some limitations. “Our model considered only the direct impacts of climate change on crop suitability,” said Manners. “It did not consider how climate change-driven alterations in extreme weather events or pest and diseases outbreaks will affect crops.”

RT&B crops are suitable for the GLR

The modelling demonstrated that RT&B crops are not only suitable now in the GLR but will continue to be suitable as the climate changes. The researchers created baseline data that suggests that RT&B crops aren’t now grown in their optimal locations. “Interestingly, except for potato, RT&B crops appear to be cultivated at the moment in regions of moderate, rather than perfect, suitability,” said Elke Vandamme, a systems agronomist at the International Potato Center (CIP) in Rwanda and co-author of the study. “Potatoes are actually now grown in locations which appear to be very suitable for them.”

The modeling suggests that future climates are favorable to the analyzed crops and variety types. “In general, early maturing varieties of cassava, drought-tolerant varieties of potato, typical varieties of sweetpotato, and drought-tolerant banana exhibit the highest suitability under future climates,” concluded Vandamme. “However, we can’t make sweeping generalizations since there is a lot of variation in best-performing variety types in specific areas of the region. As we gain insights into this variation, we’ll be better equipped to target variety development and dissemination interventions.”

The results can help to nominate crop-variety combinations that align with the modelled future climates. For example, the researchers determined that in Kenya three variety types of banana, sweetpotato, and potato, but only one variety of cassava, could be used to achieve maximum suitability in certain regions. In another example, a single locality of Rwanda would benefit most from heat-tolerant varieties of potato and drought-tolerant varieties of banana.

Vandamme noted that climate change will require extensive shifts in ideal planting time. But the data obtained from the study will provide insights that will empower farmers to adapt their planting calendar.

“These data-driven insights help fill the gap in our knowledge of how climate change will affect RT&B crops in specific locations,” said Graham Thiele, Director of the CGIAR Research Program on Roots, Tubers and Bananas (RTB) and co-author of the study. “We are now better prepared to not only help farmers adapt accordingly but also help guide decision-makers to target research activities and funds towards improving the resilience of RT&B-based systems.”

To visualize crop specific impacts of climate-change scenarios on RT&B crops, see the RTB Climate Portal. All codes and results from the study are available on the portal.

This research project is a collaboration between IITA, CIP, International Livestock Research Institute (ILRI), African Plant Nutrition Institute (APNI), and Alliance of Bioversity International and CIAT. This research was undertaken as part of, and funded jointly by, RTB and the CGIAR Research Program on Climate Change, Agriculture and Food Security (CCAFS), which is carried out with support from CGIAR Trust Fund and through bilateral funding agreements. Additional funding support for this work was provided by the Belgian Directorate General for Development Cooperation and Humanitarian Aid (DGDC) through the Consortium for Improving Agricultural Livelihoods in Central Africa (CIALCA).