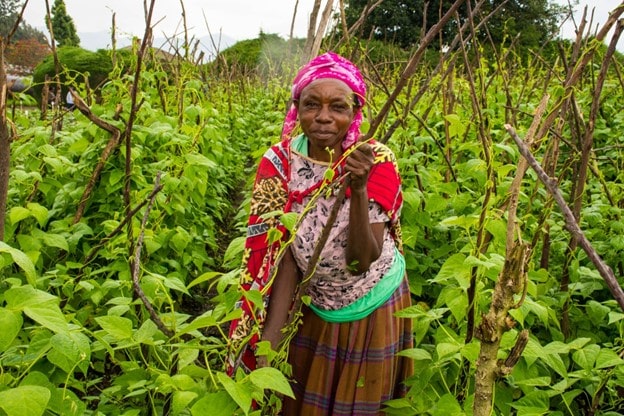 In Rwanda, beans are the main staple food providing households with 32% of required calories and 65% of protein across the country. Rwandans have the highest per capita bean consumption in the world, with an estimated per capita bean consumption of around 164 grams/day. Though beans remain a major staple food crop, they are also the most important source of revenue for farmers. In Rwanda, both bush and climbing beans are widely grown across the country. Climbing beans (photo 1) grow vertically making them a crop with great potential in densely populated areas, where agricultural land is limited. The climatic condition is also suitable for growing beans. However, productivity by most farmers remains low and thus affects their food security and incomes.

This story is originally published on PABRA Africa Blogs.