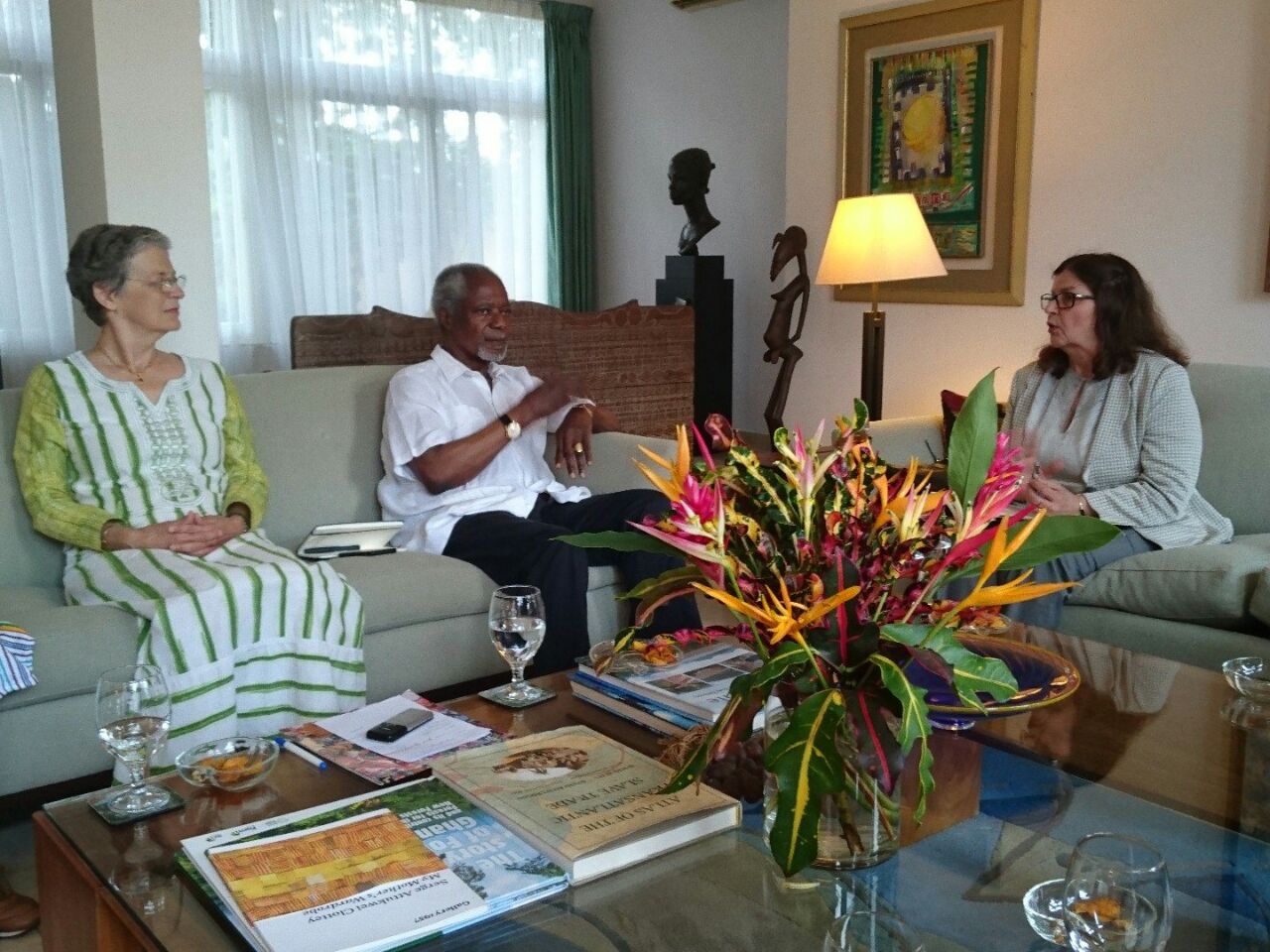 The International Potato Center’s (CIP) management and staff were saddened by the news that H.E. Kofi Annan, former Secretary-General of the United Nations and Nobel Peace Laureate, passed away last Saturday.  Mr. Annan, who served as U.N. Secretary-General from 1997 to 2006, was an international statesman and champion of the poor, a tireless proponent of peace, human rights, sustainable development and the rule of law. After leaving the United Nations, he continued to dedicate himself to improving lives through the Kofi Annan Foundation and as the Chair of The Elders: a group of global leaders founded by Nelson Mandela in 2007.

Mr. Annan was involved in efforts to solve the world’s most serious problems, and he had a special interest in agriculture. He was a driving force behind the creation of the Alliance for a Green Revolution in Africa (AGRA) and in recent years, he and his wife, Nane, were important advocates of CIP’s efforts to improve food security and family nutrition in West Africa through the cultivation and consumption of orange-fleshed sweetpotato (OFSP).