Reducing use of antimicrobial drugs in livestock in low-income countries: Two scientists reflect on options 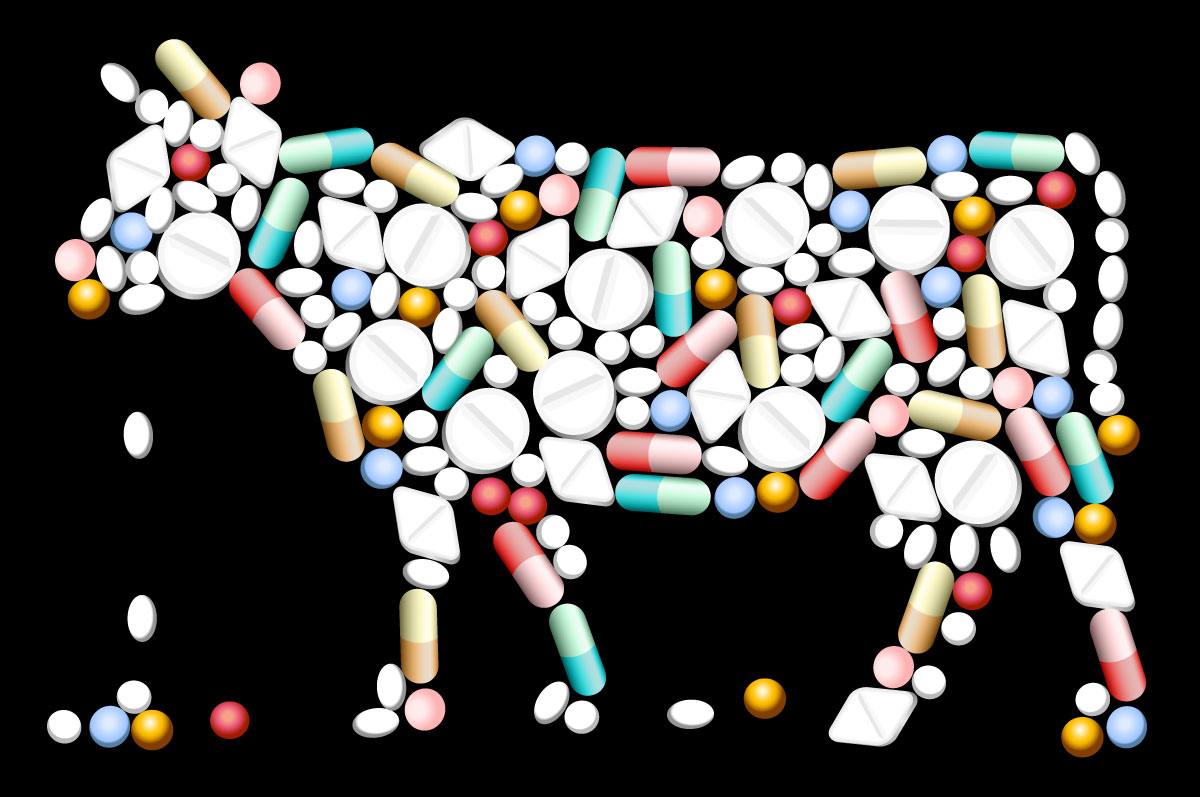 Delia Grace Randolph, a veterinary epidemiologist and food safety expert who co-leads the Animal and Human Health program at the International Livestock Research Institute (ILRI), in Kenya, was interviewed recently by Wilton Park, a non-profit discussion centre in the UK, which organizes many events each year debating global issues.

The Wilton Park event at which Randolph spoke was a workshop held 11–13 Apr 2018 in West Sussex on Innovations to reduce the use of antimicrobials in food-producing animals in low- and middle-income countries.

Participants in the workshop discussed ways to limit the emergence and spread of resistant bacteria throughout the world, the main drivers of antimicrobial resistance in food-producing animals and research gaps in possible vaccines and alternatives to antibiotics.

Interviewed along with Randolph was Dirk Werling, professor of molecular immunology at the Royal Veterinary College, in London.

A podcast of their interview was published by Wilton Park on 19 Jun 2018. Highlights of the remarks made by Randolph and Werling in their 20-minute interview follow, edited for brevity and sense.

Dirk Werling
We’ve reached a stalemate between our ability to combat certain diseases with antimicrobial drugs and the ability of the disease-causing microbes to develop tolerance to the drugs. So we’re no longer able to fight some specific infectious diseases.

This is a problem for veterinary, medical and environmental health alike. We’re not going to reduce the antimicrobial resistance problem in any one of these areas without reducing the problem in the other two areas as well.

In low- and middle-income countries, where people find it hard to pay to have their animals treated with antimicrobial drugs, farmers may use only half a dose of a drug to save money. In high-income countries, treatments are sometimes stopped before all the bacteria are killed, which enables the bacteria to develop resistance to the drugs.

Randolph
Overuse of penicillin and other antimicrobial drugs presents us with two issues. One is that the eggs, milk and meat products of animals treated with antimicrobials may contain some drug residues, leading to their consumption by humans. While such consumption is not terribly dangerous for people, most countries have regulations prohibiting such residues in foodstuffs.

A much more serious problem is that of drug resistance. When antimicrobial drugs are given to animals, thereby exposing the parasites in the animals to these drugs, the parasites will tend to evolve resistance to those drugs. In this way, with our drug use, we are actively selecting for populations of bacteria and other microbes that can grow quite well in the presence of antimicrobial drugs.

There was a time not so long ago, some 100 to 200 years past, that families typically had two or three children die of infections that are now easily cured with drugs such as penicillin.

If these drugs stop working, we may once again see large numbers of people dying from diseases that are now very curable. And if things don’t improve, we may see more deaths from bacteria and other microbes in 2030 than from cancer. The great majority of this new disease burden will fall on low- and middle-income countries, where I and my institute focus our animal health work.