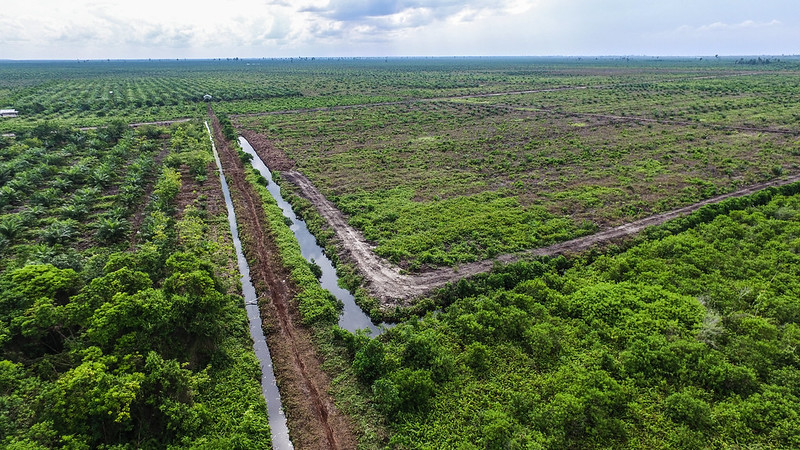 Diverse ways to improve the environmental footprint and equitability of the palm oil trade took center stage at an online policy dialogue on 22 March, 2022.

The event was hosted by CIFOR-ICRAF as part of GCRF TRADE Hub activities in Indonesia, which is funded by the UK Research and Innovation Global Challenges Research Fund and led by the UN Environment Programme World Conservation Monitoring Centre (UNEP-WCMC). It gathered representatives from government, academia, the private sector, and civil society to tease out some of the knotty issues associated with the palm oil trade, ahead of the 17th leaders’ summit for the G20, a multilateral cooperation forum that represents the world’s major developed and emerging economies.

Indonesia has been awarded the G20 Presidency for 2022 and will host its annual summit at the close of this year, on the theme ‘Recover together, recover stronger’. This title offers an important opportunity for the country to set the discussion agenda for global economic recovery and transformation – including taking the lead on discussions to advance a sustainable and equitable palm oil trade that will bring benefits to Indonesia’s economy, environment, and people.

“The issue of palm oil can be very divisive,” acknowledged Robert Nasi, Director-General of the Center for International Forestry Research (CIFOR) in his keynote speech about the commodity. “It’s a bit of a Dr Jekyll and Mr Hyde situation [in terms of how it’s often portrayed in the media]. Fundamentally, however, it’s a very productive plant that yields very good oil with great properties for industries and businesses; it’s a very important source of livelihood for local people; and at the same time, it’s often associated with tropical deforestation. So, how can we trade it more sustainably?”

Neil Burgess, Chief Scientist of UNEP-WCMC and Principal Investigator of TRADE Hub, explained how growing awareness about deforestation and its link to climate change has created demand in the EU and UK for ‘greener’ and deforestation-free supply chains. “The population has become well-informed,” he said – “there was genuine interest coming not only from the world’s governments, but also from its citizens.” However, he also cautioned that measures to this end could negatively impact on smallholder farmers who are currently benefitting from oil palm production and may struggle with increased regulations and compliance.

Ahmad Maryudi, a professor in the Faculty of Forestry at Gadjah Mada University, described how initiatives so far have failed to fully eradicate deforestation from palm oil supply chains, and that governing bodies in the EU are interested in tightening the legislation. “There may be issues with enforcement; gaps in terms of [importing] countries’ willingness to achieve sustainable commodities; and suppliers that do not really guarantee the conservation environment,” he said. “So we’d like to have a process that applies across all countries, big and small.”