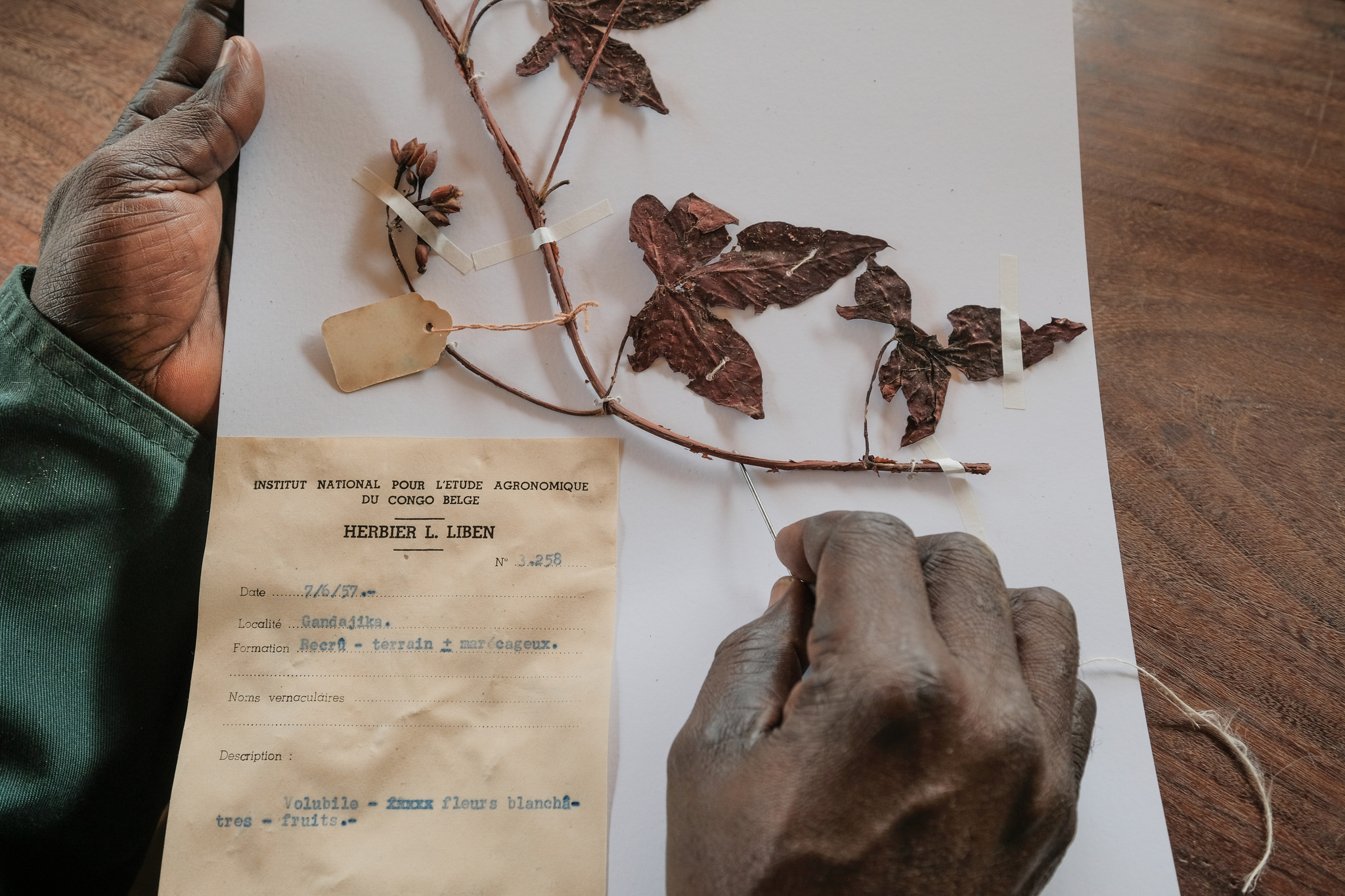 Situated along the banks of the Congo River, the Yangambi Research Station was in its heyday a booming scientific hub, revered for its invaluable work in the Congo Basin throughout the midcentury.

It wasn’t to last. War, political instability and budget cuts were to hamper the center’s survival after DRC gained independence from its colonial ruler, Belgium, in 1960. The following decades would see skilled staff numbers dwindle, the jungle reclaim its buildings, and the center’s science work come to a stop.

The botanical collection has been carefully documented and preserved

But inside these crumbling walls lay a botanical treasure-trove. Yangambi’s herbarium holds Central Africa’s largest collection of dried plants. In fact, 15% of its 150,000 specimens are so rare, that they can only be found here…