Policy seminar: The impacts and legacy of IFPRI’s 2020 Vision Initiative 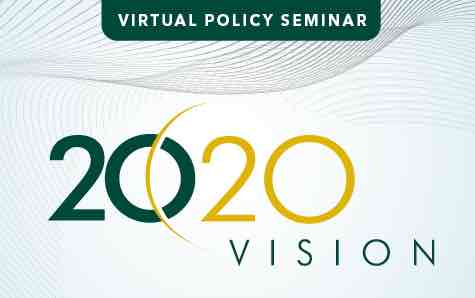 Launched in 1993 and recently concluded, IFPRI’s 2020 Vision Initiative was an ongoing series of food policy conferences, discussions, and related efforts that envisioned a world with no hunger or malnutrition, where food systems provide sufficient and healthy diets for all while managing natural resources sustainably. A July 8 virtual event reflected on the initiative’s accomplishments, as well as emerging challenges and opportunities for improving food and nutrition security, reducing poverty, and protecting the environment.

“I believe that together we have pushed the frontier of food policy dialogues to support real actions on a number of development challenges,” said Rajul Pandya-Lorch, IFPRI’s former Director of Communications and Public Affairs, who spearheaded the 2020 Vision Initiative for more than 15 years. IFPRI greatly expanded the initiative since its conception by facilitating inclusive debates and conversations, transforming communications methods from traditional media to social media, and investing in impact evaluation to better understand the program’s influence upon communities.

“The 2020 Vision Initiative was about policy communication and food policy dialogue to support actions that were based on relevant and solid evidence,” said Cornell University Professor Emeritus Per Pinstrup-Andersen, who created the program during his tenure heading IFPRI. “On the flip side, we were also trying to counter misinformation disseminated by advocacy groups that misled policy actions to the detriment of food insecure people and the environment,” he added.

Pinstrup-Andersen highlighted key characteristics that made it a pioneering program:

The panelists, all former IFPRI Directors General, then discussed several 2020 Conferences and their contributions in reducing hunger and poverty.