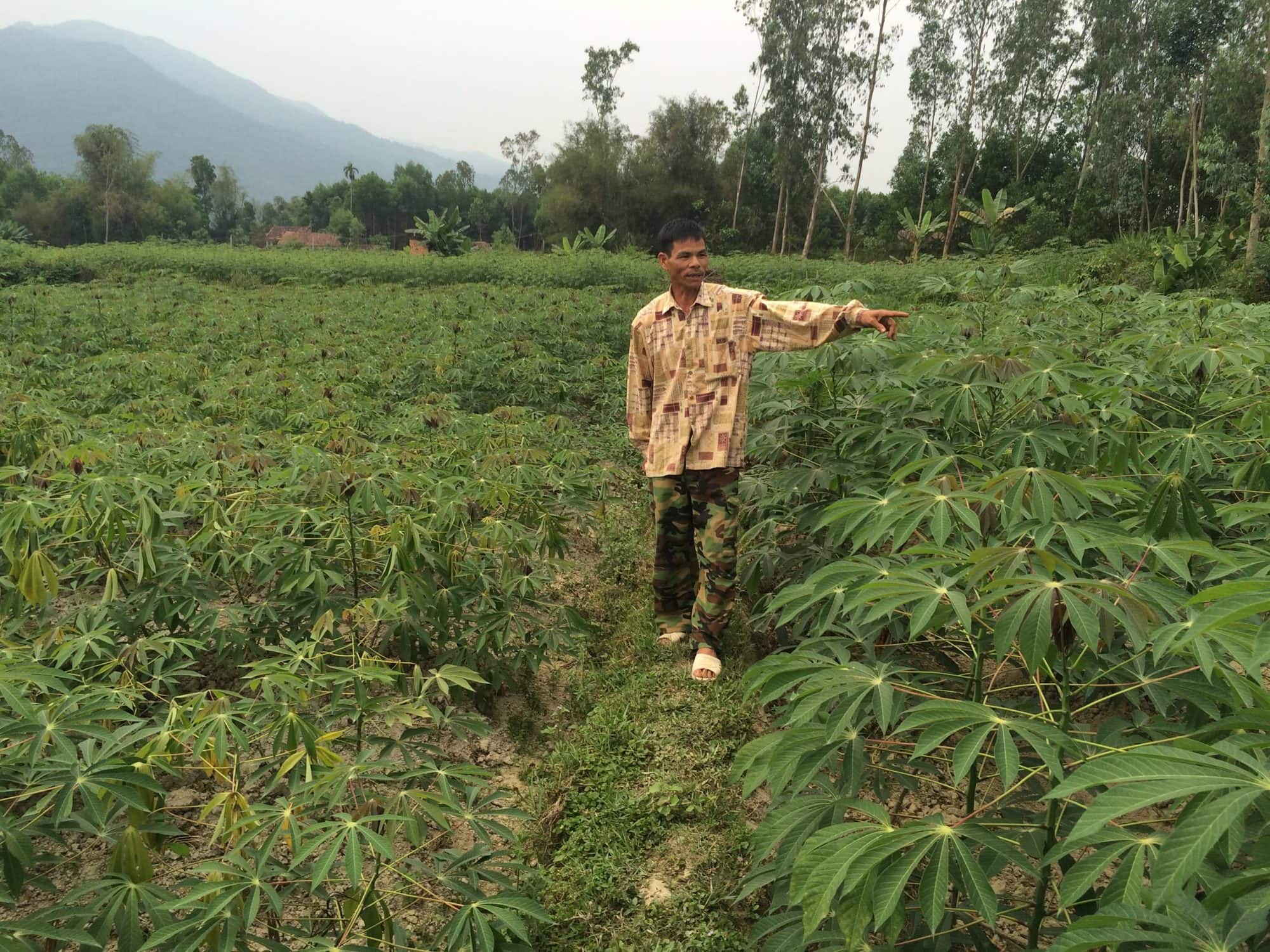 Vietnam’s Plan for Zero Hunger by 2025 calls for increasing access to nutritious foods and the diversification of diets throughout the country. Roots, tubers and bananas can play their part in achieving that goal. But the contribution of these crops to Vietnam’s goals depends acutely on policy experimentation and innovation in seed system regulations aimed at encouraging the use of higher-quality planting materials.

A new working paper from the CGIAR Research Program on Roots, Tubers and Bananas (RTB), prepared in collaboration with the CGIAR Research Program on Policies, Institutions, and Markets (PIM), offers several options that could help policymakers address this challenge. The paper examines Vietnam’s regulatory regime surrounding planting material of vegetatively propagated crops, specifically cassava and potato. The current system — best characterized as strict legislation with weak enforcement — is generally functional but could be greatly improved.

Roots, tubers and bananas are generally vegetatively propagated, which offers advantages and disadvantages. Because they are multiplied by cuttings, stems, tubers and so on, “seed” stocks can be increased cheaply and quickly. However, they also accumulate pests and diseases, which means that yields degenerate over time. The pests and diseases are difficult to detect on casual inspection, which means that farmers cannot judge the quality of the seed they obtain.

Vietnam, like many countries, has enacted legislation to regulate the quality of seeds in the market. For example, only certified seed can legally be sold, and there are strict guidelines on acceptable levels of pests and diseases for both potato and cassava seed. As the paper points out, “while these various ordinances, decrees, and regulations are essential to the formal seed system, it is widely accepted that informal seed markets are quite vibrant”.

The Ministry of Agricultural and Rural Development (MARD) recognizes this, even offering grants to smallholders for seed production. However, those producers cannot get their seed certified, so they cannot officially sell it; but of course they do. Less than 5% of cassava and potato seed is certified, while 80-90% is informally traded, with farmers and traders relying on reputation, trust and repeated transactions to signal high seed quality.

By contrast, the official entry of plant material from outside the country is subject to strict phytosanitary control to ensure that no pests or diseases are also being imported. Nevertheless, the demand for seed may encourage undeclared, and hence uninspected, imports. And mistakes do occur. In 2011, for example, potato imported from China and used for planting purposes may have resulted in outbreaks of disease and poor harvests in Bac Ninh province and elsewhere in the Red River Delta. An outbreak of Cassava Mealy Bug in 2012 started in an area adjacent to Laos.

Perhaps the greatest drawback to Vietnam’s lack of certified seed is that farmers do not have access to improved varieties. They are not available, and even if they were, the ease of substitution with informal seed makes improved varieties non-competitive.

Vietnam could, of course, continue to monitor imports closely while turning a blind eye to the informal system in domestic production and exchange. Although that has the virtue of being traditional and culturally acceptable, the paper warns that “it is arguably an insufficient means of advancing Vietnam’s national plans to scale up quality seed use, reduce exposure to pests and diseases, and adapt to climate change”.

The authors recognize that “a formal quality assurance system that relies on certified seed production, inspection, and distribution may not be entirely appropriate or feasible to this context, at least not in the short run”. Instead they recommend a hybrid approach.

The key to this approach is for the government to take steps that effectively formalizes the informal seed sector by adding additional quality classes beyond certified, echoing practices in many other countries faced with similar challenges. MARD could then take on the responsibility for producing early generations of seed that it passes to others for multiplication as certified and other—but still regulated—seed classes. Rules on truthful labelling, with legal recourse for false labels, would partially replace trust and reputation and allow seed suppliers to differentiate on quality as well as price.

At the same time, MARD could turn its attention to reducing seed costs, using universities and research stations to produce early generation stocks, and encouraging smaller seed multipliers with training and financial support. In the long term, Vietnam could even aim to export high-quality cassava stems and seed potatoes to the region.

This hybrid approach would offer farmers the benefits of increased availability of higher-quality seed, potentially at prices that could offset the cost savings associated with informal seed use given an integrated and competitive marketplace. What is needed now is a window of opportunity for policy experimentation and innovation.