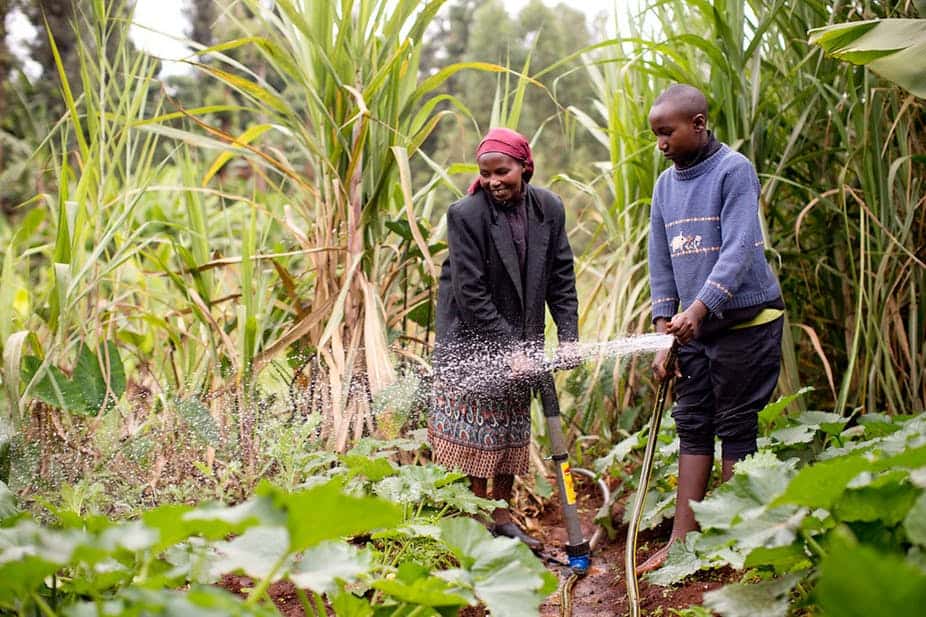 About 8.3 million people living in Kenya’s rural areas farm to feed themselves. They typically have just a few acres of land and depend on rain to grow their crops. This makes them extremely vulnerable to changes in the weather. Many already struggle.

As with other countries in sub-Saharan Africa, rural communities in Kenya are characterised by higher rates of poverty, illiteracy and child mortality. They also have poor access to basic services, such as electricity and sanitation.

As a result, governments and development organisations consider improving farmers’ agricultural performance a priority to solve poverty and hunger.

Yet, after decades of agriculture-centred rural development approaches, progress has been limited. Food insecurity is still widespread and crop yields in farmer fields remain much lower than their potential. Many agricultural technologies – such as improved crop varieties or the use of fertiliser – fail to scale beyond pilot phase.

One overlooked reason why these technologies aren’t being used at scale could be people’s relative interest in farming and their aspirations beyond farming. There’s evidence in this given that rural incomes are increasingly diversifying.

We argue in our paper that a better understanding of households’ aspirations is key to design successful technologies that will be adopted more widely.

In our research, we interviewed 624 households to explore the aspirations of people living in Kenya’s rural areas. We asked them about their current income sources, investment plans and what they would like their children to do in the future.

We found that only a few households specialised in farming and yet, many self-identified as farmers and said they aspired to increase their agricultural income. This was surprising as the majority of their income often came from sources other than farming. We also found that few aspired for their children to become farmers.

Our findings show that rural Kenyan households can’t just be classified as farmers: there are many different income portfolios and aspirations. And it’s important to listen to people we call “farmers” so policies can be developed that offer innovations that meet their realities, such as training and financial services adapted to a more diversified livelihood portfolio.

Avoiding the trap of calling all households with farm activity “farmers”, and assuming they have no other interests, may also increase the match between demands and technology adoption.

The rural economy is not only about agriculture. While many rural Kenyan families have their shamba (plot) and have a strong attachment to the land, not all households are farmers in the traditional understanding.

Our results showed that only a quarter of the families in rural Kenya are full-time farmers. The majority (60%) of farm labourers and households derived most of their income from activities outside farming.

Yet, they still identified as farmers.

When asked about their future, two-thirds aspired to increasing their farm incomes through irrigation access, small livestock or high-value crops like fruits and vegetables. Just a third looked outside the farming sector with suggestions of transport, hair salons, shops or other rural business ventures. But this doesn’t mean these other diverse activities aren’t important – and likely becoming more so all the time.

Income diversification isn’t surprising. Several agriculture experts question the potential of rain-fed smallholder farming, as practised by millions of rural families in sub-Saharan Africa, as a pathway out of poverty.

Even though much of sub-Saharan Africa is experiencing changes in farm size distribution, the share of small farms under under five hectares is still dominant – as it is in Kenya. Although adopting new technologies generally has positive economic returns per hectare and could improve the resilience of these farmers, the small size of most farms limits smallholders’ agricultural earning potential. This means that escaping poverty purely based on farming is not possible.

A well thought out rural investment strategy should provide a more diverse portfolio to the rural population.

More questions were raised when we looked at household aspirations for future generations.

This blog authored by Kai Mausch and David Harris