New publications: Biofortification of maize with provitamin A can reduce aflatoxin load 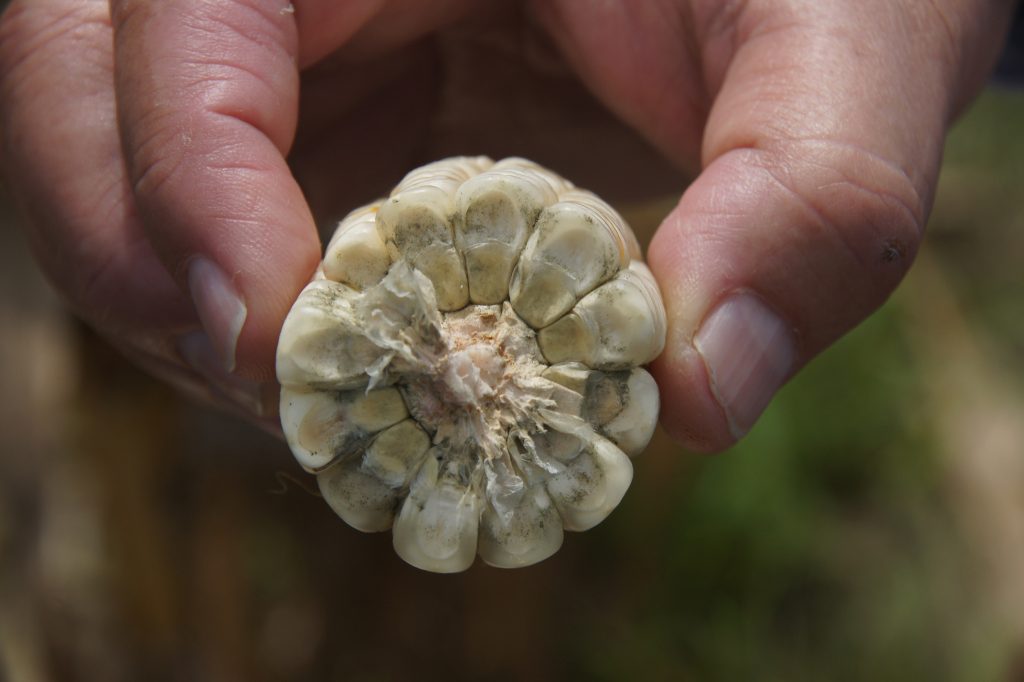 Aflatoxins are harmful compounds that are produced by the fungus Aspergillus flavus, which can be found in the soil, plants and grain of a variety of legumes and cereals including maize. Toxic to humans and animals, aflatoxins are associated with liver and other types of cancer, as well as with weakened immune systems that result in increased burden of disease, micronutrient deficiencies, and stunting or underweight development in children.

New research evidence could have significant implications for breeding approaches to combat harmful aflatoxin contamination in maize while simultaneously contributing to alleviate vitamin A deficiency. The study “Provitamin A Carotenoids in Grain Reduce Aflatoxin Contamination of Maize While Combating Vitamin A Deficiency” is the first published report to document how biofortification with provitamin A can contribute to reduce aflatoxin contamination in maize.