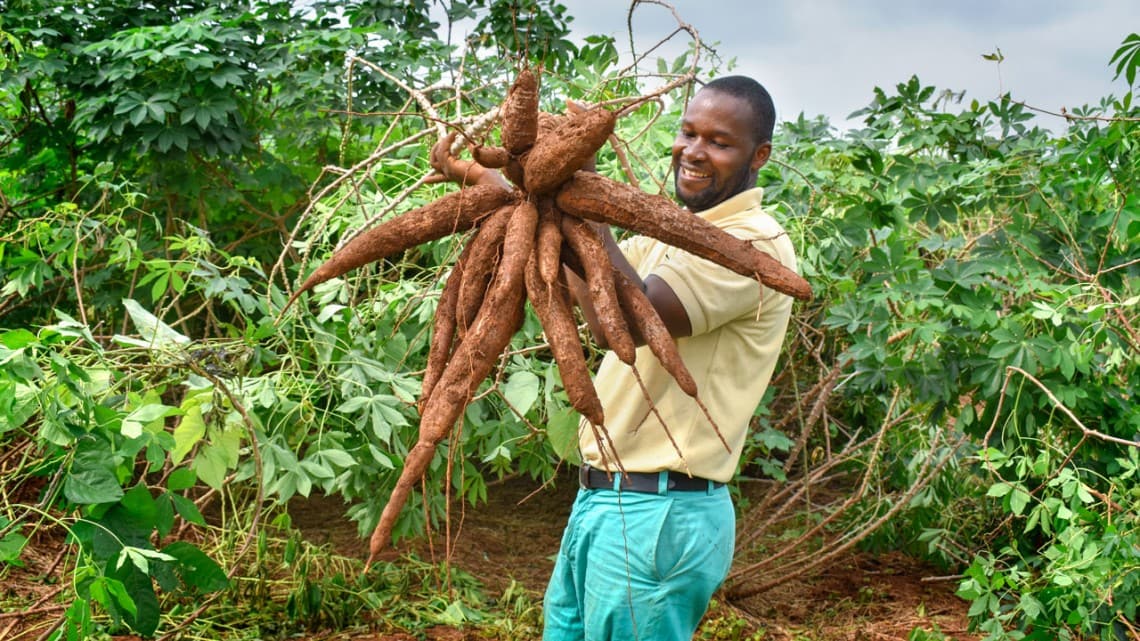 Researchers at IITA, along with partners from the NextGen Cassava Breeding Project, have uncovered new details about the genetic architecture of cassava, which is one of Africa’s most vital crops. The findings will make it easier for breeders to identify traits for crop breeding.

The scientists carried out a genome-wide association study (GWAS) and outlined their findings in a research article recently published in Plant Molecular Biology. They analyzed large breeding populations composed of 5130 clones developed in Nigeria at the IITA Cassava Breeding Program.

The 4-year study involved extensive multilocational testing at four IITA field trials in Nigeria. The genome-wide association analysis explored genomic regions most responsible for desirable traits in cassava, which is a food crop that provides the primary source of calories for more than 500 million people worldwide.