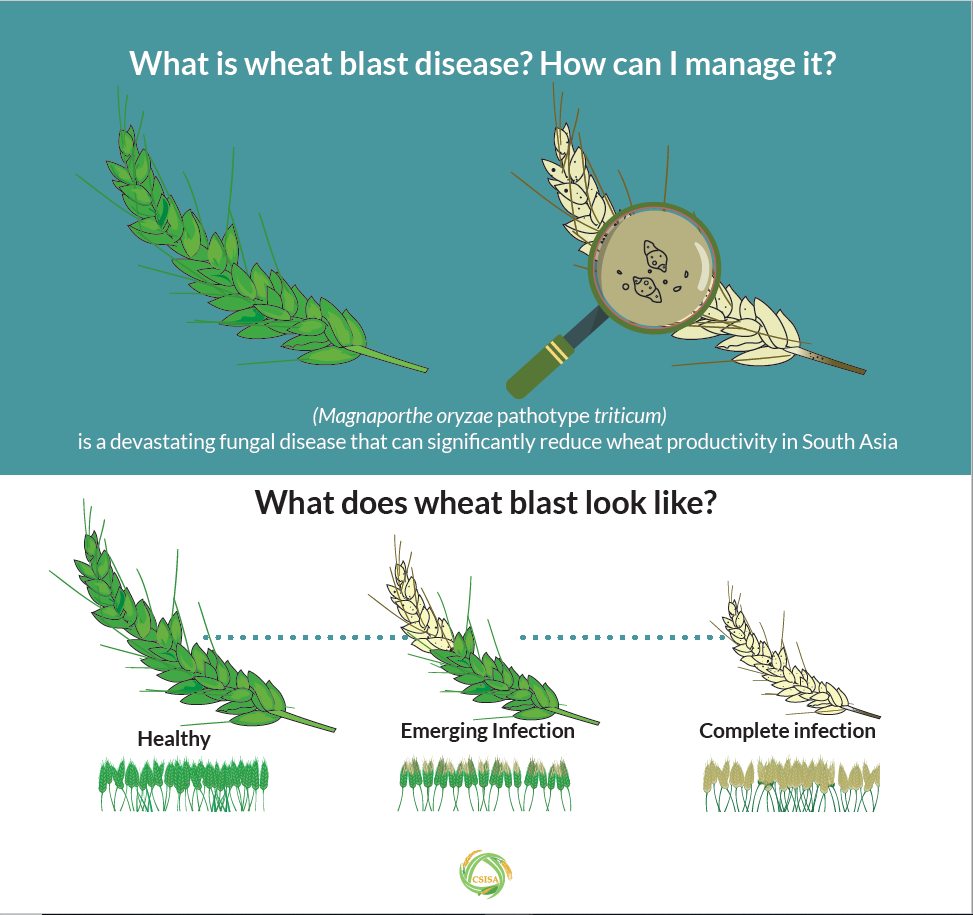 Wheat blast is a fast-acting and devastating fungal disease that threatens food safety and security in the Americas and South Asia. The continued spread of blast in South Asia — where more than 100 million tons of wheat are consumed each year — could be devastating.

Researchers with the CIMMYT-led and USAID-supported Cereal Systems Initiative for South Asia (CSISA) and Climate Services for Resilient Development (CSRD) projects partner with national researchers and meteorological agencies on ways to work towards solutions to mitigate the threat of wheat blast and increase the resilience of smallholder farmers in the region. These include agronomic methods and early warning systems so farmers can prepare for and reduce the impact of wheat blast.

This new series of infographics shows how wheat blast spreads, its potential effect on wheat production in South Asia and ways farmers can manage it.