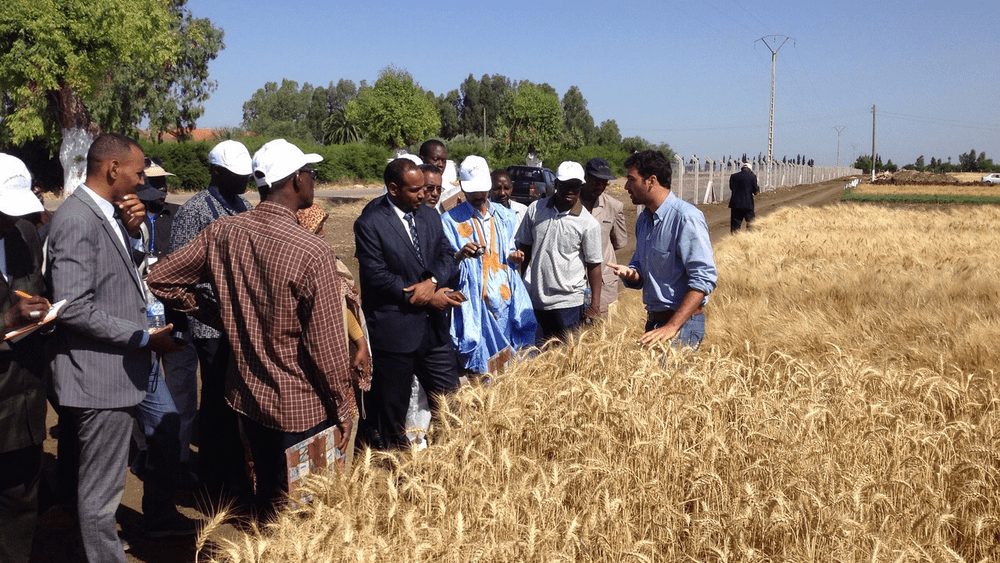 When designing our research, the most significant variable that crop breeders like me consider is how to sustainably increase the productivity and nutritional quality of ICARDA’s new varieties to cover the needs of a growing population.

In the Middle East and North Africa region, the population increases by two percent every year, faster than any other global region except Sub-Saharan Africa. We think it will double in the coming 50 years.

Just to maintain the current level of supply, food production will need to increase twofold as well. That’s ambitious, given the current reliance of MENA countries on food imports, along with worsening climate impacts, increasing soil degradation, and diminishing water supplies that, combined, gravely threaten the ability of farmers to produce enough nutritious food.

Many North African countries spend huge amounts of their budgets on wheat imports, often not even covering all their food needs. Money that if enough food of their own was produced, could instead go on health, infrastructure, and other much needed projects.

The reality is that many countries, especially in the Global South, struggle to produce enough food to feed today’s populations. It’s even more challenging for those with larger populations where competition over land and water is fierce and harsh climatic conditions, like in the MENA region.

In parallel, there is a growing pressure to increase animal feed’s productivity, as two-thirds of the planet’s arable land produces crops for livestock. As more people eat meat and dairy products, livestock numbers are rising by 2.7 percent a year on the African continent alone.

This story is originally published on ICARDA Blogs.