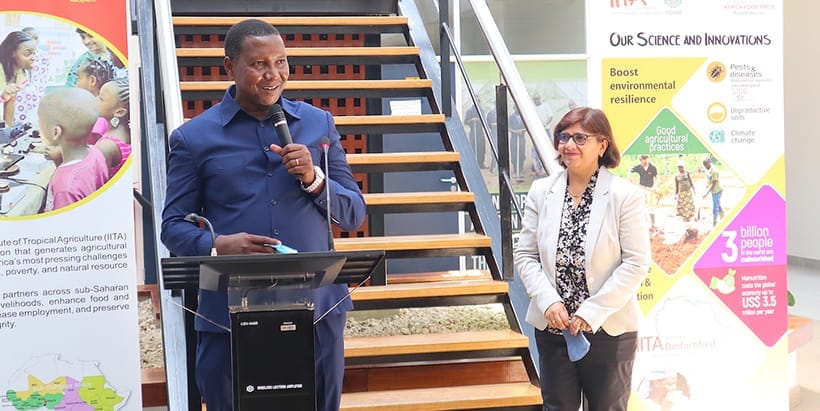 Tanzania’s Agriculture Minister, Hon. Prof Adolph Mkenda, has expressed his appreciation for the scientific endeavors of the International Institute of Tropical Agriculture (IITA), which have had a significant impact in finding sustainable solutions to the challenges facing the country’s agriculture sector and assured the institute of his government’s support.

The Minister particularly commended IITA’s work on cassava and banana, which led to the release of new, improved high-yielding, disease-resistant varieties. He praised the institute’s efforts to build the capacity of researchers in the country, train students, and attract young people to agriculture through the IITA Youth Agripreneurs program to address youth unemployment.

The minister was on his first official visit to the IITA offices in Dar es Salaam on his way to a meeting of stakeholders in the cassava starch industry to discuss how to support cassava commercialization in the country. The meeting was organized by the Ministry of Agriculture organized in partnership with IITA through the Building an Economically Sustainable Seed System for Cassava in Tanzania (Best Cassava) on 30 November.