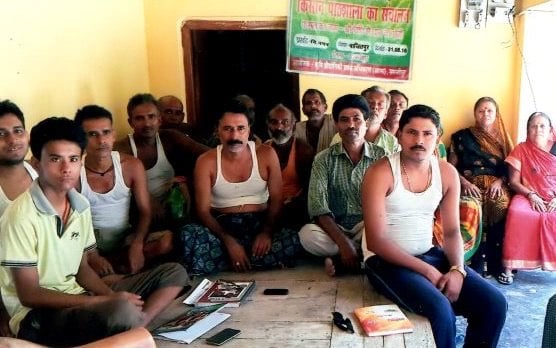 Ever since Indian Prime Minister Narendra Modi announced his target of doubling farmers’ incomes by 2022 at a farmers’ rally in Uttar Pradesh (UP) in 2016, the central government, as well as several state governments, have remained occupied with developing ways and means to achieve this target by the proposed deadline. The UP government’s Million Farmers’ School (MFS) program is one such innovative effort to enhance farmers’ incomes through dissemination of agriculture-related information on technology, government schemes, and modern farming methods.

MFS, also popularly known as Kisan Pathshala, is an extension program that the government of UP initiated in 2017 with a view to encourage the use of modern farming techniques, to make farming more profitable, sustainable, and resilient. Unlike traditional extension services, MFS integrates various facets of agricultural knowledge into a packaged format, and delivers it through village-level trainings across all districts in the state. Printed materials—booklets, pamphlets—with such information are also distributed among participants.

The key objective of the MFS is to impart agricultural knowledge and techniques to farmers, which in turn can enhance agricultural production, improve soil health, and promote integrated and diversified farming systems.