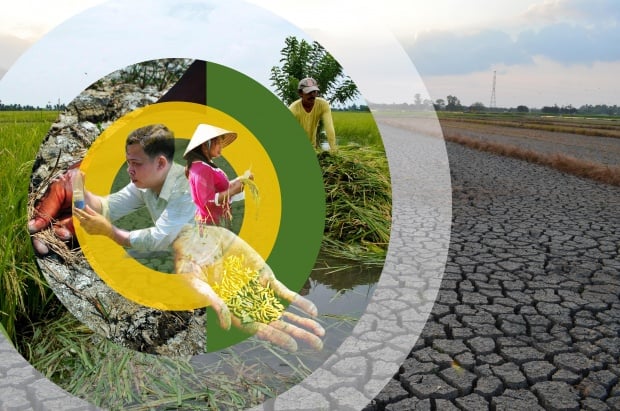 Southeast Asian countries are subjected to extreme climatic events such as massive floods or droughts. To help them prepare for future ENSO* events, the World Bank, in collaboration with the International Food Policy Research Institute (IFPRI)**, produced country reports for Lao PDR, Cambodia, Vietnam, the Philippines and Myanmar. These reports were also supported in part by the CGIAR Research Program on Climate Change, Agriculture and Food Security (CCAFS).

In the Exposure story below, we give an overview on how ENSO affects agriculture in the five Southeast Asian countries and provide recommendations to prepare for future ENSO events.

* What is ENSO? El Niño-Southern Oscillation (ENSO), a major force in the global climate system, is the interaction between the tropical Pacific Ocean and the atmosphere by which eastern and central Pacific sea surface temperatures cycle between above and below average, with cascading effects on weather and climate across the globe.

** The reports were prepared by a team led by William R. Sutton, Lead Agricultural Economist in the World Bank’s Agriculture Global Practice, East Asia and Pacific Region, together with Jitendra P. Srivastava, Ioannis Vasileiou, and Maximillian Ashwill, and in collaboration with a team from the International Food Policy Research Institute (IFPRI) led by Mark Rosegrant and James Thurlow.