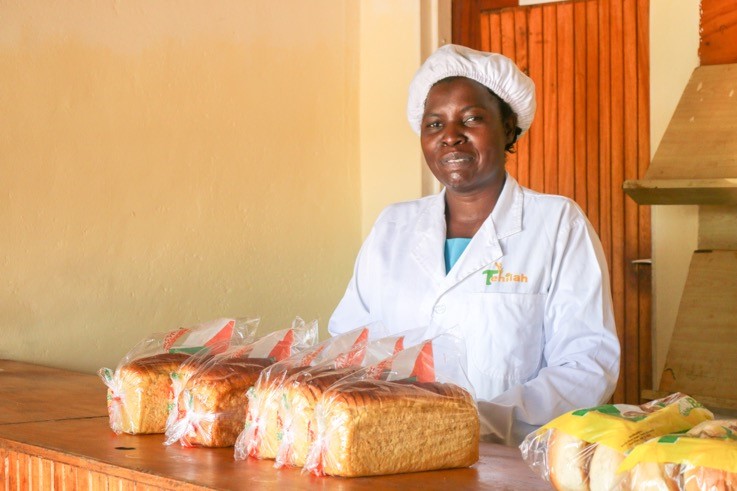 After six years of helping others add value to their businesses, Malawian food technologist Jean Pankuku was so convinced of the nutritional merits and commercial prospects of orange-fleshed-sweetpotato (OFSP) breads and other baked products that she opened her own business – the Tehilah Bakery and Value Addition Centre. It’s hardly a surprise that the Chicago-based Institute of Food Technologists recognized her achievements and future potential in 2017 by bestowing on her its coveted Emerging Leaders Network award.

The bakery produces and sells innovative foods based on root and tuber crops. It was therefore only natural that Jean partner with the International Potato Center (CIP), which is implementing a five-year project called Root and Tuber Crops for Agricultural Transformation (RTC-ACTION) in Malawi. Funded by Irish Aid, RTC-ACTION is implemented by CIP and the International Institute of Tropical Agriculture, in collaboration with local partners.