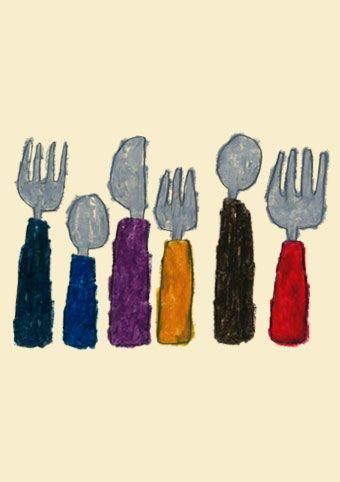 Lawrence Haddad, executive director of the Global Alliance for Improved Nutrition (#800000">GAIN) and this year’s co-winner of the World Food Prize (along with David Nabarro), has published his reaction to the recent EAT Lancet report calling for a ‘Great Food Transformation’ (Food in the Anthropocene: The EAT–Lancet Commission on healthy diets from sustainable food systems).

‘My first reaction is one of admiration. I admire the ambition of the Report, bringing these two worlds of health and environment together in the context of food systems. This requires surveying and linking a great many disparate literatures. It also requires some creative modelling and lots of trawling through and sifting of data.

‘The boldness of laying out a Healthy Reference Diet is also welcome. As the Report says, this serves as a starting point for national debates (and controversies) on appropriate diets that are healthy and do not require food systems that are unsustainable.

‘I am really appreciative of the drawing together of six environmental literatures (from climate to Nitrogen recycling)—this is an enormous job and goes way beyond the greenhouse gas emission literature that often serves as a proxy for environmental footprints. This takes us away from an overreliance on the narrative around red meat being bad for greenhouse gas emission. For example, there are other crops that have much higher footprints than animal products when it comes to the use of cropland, freshwater and nitrogen application (see Figure 5 in the Report).

‘I also like the fact that the Report is constructive. It suggests lessons, strategies and literally hundreds of actions that can be undertaken to achieve the great food transformation.

‘Finally, the Report is very well written, with a clear story, good graphics and unfussy tables—this is not easy when there are 37 researchers involved over 3 years.’

Haddad then goes on to list some of the issues omitted from the report that he thinks deserve more discussion.

(This editor has added the nine sub-headings to Haddad’s comments below.)

#800000">EQUITY
‘First, the equity story behind the transformation does not come through strongly (the word equity only appears once). As in climate mitigation, it is the high-income countries that need to change (their diets and food systems) the most. They are best able to do this and it is their food systems that are causing the greatest problems for planetary boundaries and to the global burden of disease. In particular declines in red meat need to come mainly from North America and Europe with many countries and population subgroups actually needing to consume more animal source foods because their intakes are so low.

#800000">DIVERSITY OF CONTEXTS
‘Second, I would have liked to see more discussion of the heterogeneity of contexts. There is a panel that discusses Sub-Saharan Africa (why not South Asia?) but the Report’s heart is not really in it when it comes to analysing the differentiated needs and responsibilities. This is unfortunate, because it may affect how well the Report lands in countries in Africa, Asia and Latin America.

#800000">AFFORDABILITY/LIVELIHOODS
‘Third, issues of affordability and livelihoods are not discussed enough. The transition from one diet to another will entail costs to some groups, whether it means more expensive foods or lost livelihoods. What is the magnitude and distribution of such costs? In many ways this is the third “public good” we want food systems to deliver – income growth and affordable nutritious food—and the Report is not nearly vocal enough on this.

#800000">DIET DRIVERS
‘Fourth, I would have liked to have a better sense of the decomposition of drivers of the healthy reference diet. For example, what is the main shaper of the diet recommendation on low consumption of eggs? I assume it is environmental, not health-related, but for some other diet components the decomposition may not be so straightforward to read.

#800000">FOCUS ON NON-PROCESSED FOODS
‘Fifth, the modelling–both health and environment–is based primarily on non-processed foods. For example, the nutrient composition effects of food processing are not addressed in the healthy reference diet and the processing of food significantly affects the environmental footprints of different foods. This omission no doubt reflects a lack of available data, but I would have liked to see a panel with data from one or two countries with data that would give us a sense of how robust the conclusions are from their omission.

#800000">SENSITIVITY ANALYSIS
‘Sixth, I would have liked more sensitivity analyses to be shown. Even the best evidence is open to interpretation and it would have been good to see more of the kind of “what-if” analyses we saw around food loss and waste and their impacts on food production shifts in Figure 8.

#800000">EXISTING INSTITUTIONS
‘Seventh, the recommendations on institutional changes tend to focus on building new constructs rather than building on existing institutions. The former might be easier than the latter, but may lead to needless fragmentation. For example if we have a Global Nutrition Report, do we also need a Global Food Systems Report? Maybe, but it would be good to suggest exploring synergies and opportunities for mergers.

#800000">REAL COSTS
‘Eighth, the issues around the true cost of food are not well highlighted. This seems absolutely fundamental to generate the kind of transitions we all want to see. This is, in the Report’s own words, the ultimate “hard” policy change and an approach that is foundational in climate policy. I wanted to see more on the technicalities and the realpolitik of adopting such an approach.

#800000">UNCLEAR TIMEFRAME
‘Finally, even though there is a repeated and absolutely correct refrain around the urgency of making changes to diets and food systems, the necessary timeframe for changes is unclear in the Report. Every country will move at its own pace, but a greater sense of the timing of some of these changes out to 2050, even at the global level, would have been helpful.

‘But rather than see these as points as a stern critique of the Report, they should be seen as a challenge to all of us who care about these issues. . . .

There is much work to be done and this Report represents a fantastic opportunity for all of us to step forward and do better—together. . . . [S]timulating public debate is a priority we should all now support. Ultimately . . . it is for each and every one of us to transform our own thinking and actions. . . .

I encourage you to read the whole thoughtful article by Lawrence Hadded on the GAIN website: The EAT Lancet Report: Landmarks, signposts and omissions, 18 Feb 2019.