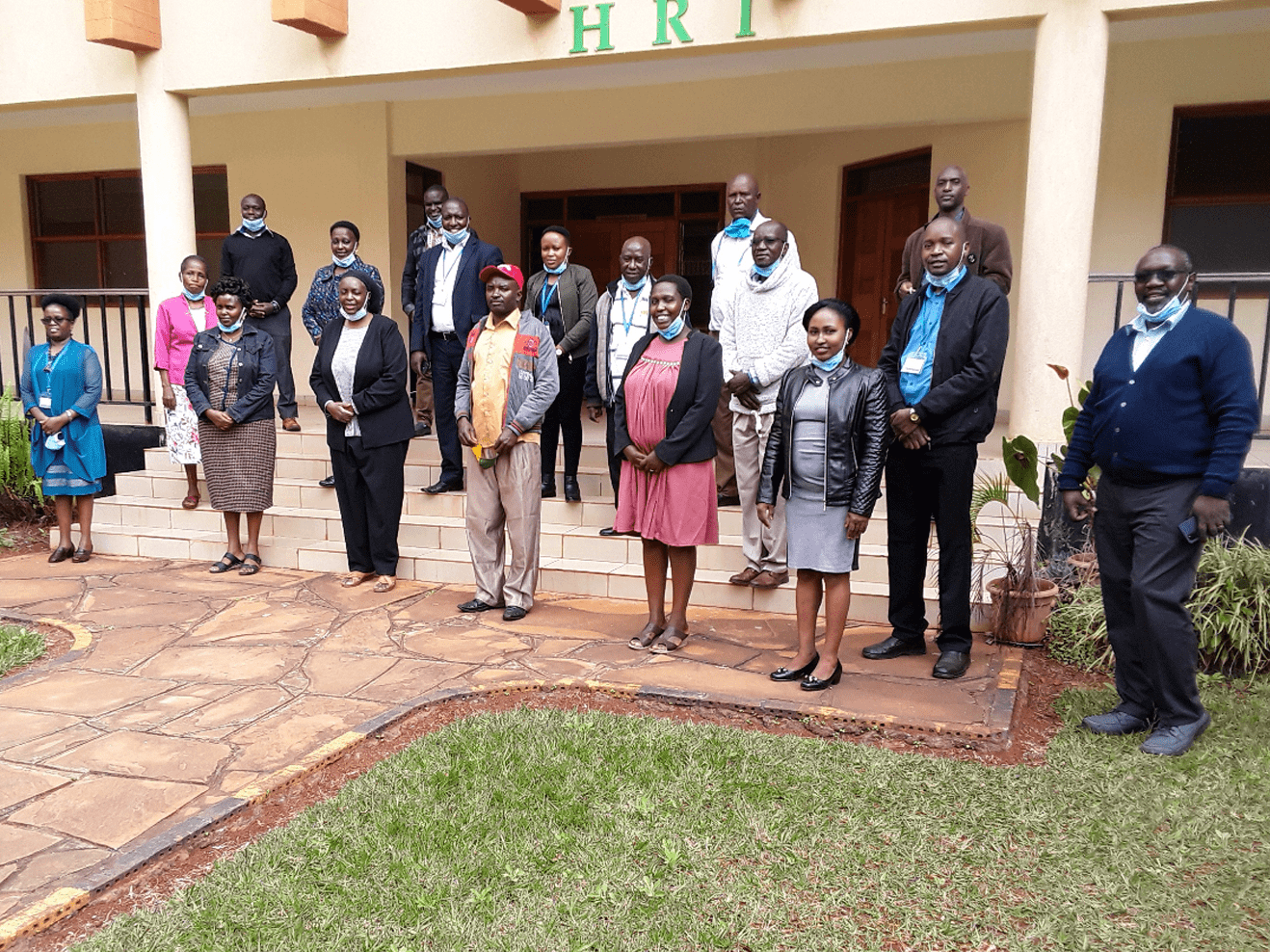 Rice is one of the priority crops in the Big4 Agenda in Kenya and a priority value chain in the Agriculture Sector Transformation and Growth Strategy (ASTGS, 2019-2029). Rice consumption has been growing much more rapidly in the country than production and is expected to reach 1,292,000 tons by 2030.

To meet the growing demand for rice, Kenya has embarked on an aggressive campaign, guided by its National Rice Development Strategy (NRDS) phase 2, which runs from 2019 to 2030. The NDRDS phase 2 aims to catalyze over a seven-fold increase in domestic milled rice production: from 112,000 tons in 2018 to 846,000 tons in 2030.

Kenya is one of the three intervention countries of the project ‘Strengthening the rice sector in East Africa for improved productivity and competitiveness of domestic rice’ (EARiSS). The project aims to enhance the performance of local rice value chains.

Kenyan partners involved in the implementation of the EARiSS project participated in a workshop held in August 2020 to identify Rice Sector Development Hubs in the country. Rice Hubs represent key rice-growing environments and market opportunities, where research products, services and local innovations are integrated across rice value chains, to achieve development outcomes and impact. The Hubs follow a ‘reverse-research approach’, i.e. starting from the market.

The workshop was hosted by the Kenya Agricultural and Livestock Research Organization (KALRO) in Thika, Kenya. Project partners represented at the workshop included the Africa Rice Center (AfricaRice), the Africa Harvest Biotech Foundation International (Africa Harvest), the Rice Promotion Program (RiPP) at the Ministry of Agriculture, Livestock, Fisheries and Cooperatives and other stakeholders along the rice value chain, including farmers, seed producers, millers, traders and policymakers from the County government of Kirinyaga and Taita Taveta.

The county government of Taita Taveta, whose representative was at the workshop welcomed the new development, noting the county’s decision to prioritize rice production with plans already underway to purchase a rice mill for farmers in the county.  This development was heralded as a strategic milestone in rice research and development work in Kenya, as it will help align interventions and guide investments to develop the other Hubs across the country, promote synergies and enhance impact.

The EARiSS project is expected to play a key role in economic empowerment of the local communities in these Hubs and contribute to food security in line with the ASTGS and the BIG4 agenda.

Dr Lusike Wasilwa, Director of Crop Systems, KALRO, who was the guest of honor at the workshop urged the EARiSS team to not only look at how to improve rice resilience but also to identify and adopt inclusive approaches through which youth and women could be better integrated in the value chain for enhanced employment as well as food and nutrition security.

Ms. Jane K. Ndung’u, Head of Agricultural Projects Coordination Unit (APCU), Ministry of Agriculture, Livestock, Fisheries and Cooperatives (MoALFC), highlighted the key policy instruments guiding agricultural development in the country including the 10-year ASTGS, the Big4 Agenda and the National Agriculture Investment Plan (NAIP). She challenged the team to ensure that EARiSS is not just aligned with these policies but also contributes to their achievement.

In her presentation, Dr Mary Mutembei, Head of the Rice Promotion program (RiPP) at the MoALFC in Kenya, noted that rice is ranked as the third most important cereal after maize and wheat. The per capita consumption of rice rose from 12 kg (2008) to 20.6 kg (2018) and rice imports account for 90% of this consumption, valued at Kshs 26 billion (US$ 260 million) as per the Economic Survey 2019.

Dr. Mutembei further noted that the identification of the Rice Hubs, the planned activities under EARiSS and the strategic partnership with the AfricaRice will help the country increase production, productivity and competitiveness of domestic rice, thereby reducing Kenya’s huge import bill through import substitution. Kenya joined AfricaRice in 2019 as its 28th member country.

The goal of the EARiSS project, a 3-year (2019-2022) regional research for development (R4D) initiative funded by IFAD and implemented in Kenya, Uganda and Madagascar, is to improve food and income security in the target countries. Its objectives include the following: adapting appropriate rice technologies and innovations; strengthening functional linkages in the value chain; and improving the capacity of farmers and other stakeholders to increase both production and productivity of rice in the region.

AfricaRice (https://www.africarice.org/) is leading the implementation of the EARiSS project, supported by Africa Harvest (https://africaharvest.org/) and the national agricultural research institutions (NARI) in the three countries: KALRO (https://www.kalro.org/) in Kenya, NARO (https://www.naro.go.ug/) in Uganda and FOFIFA (http://www.fofifa.mg/) in Madagascar.