Intersectionality is important for forests too 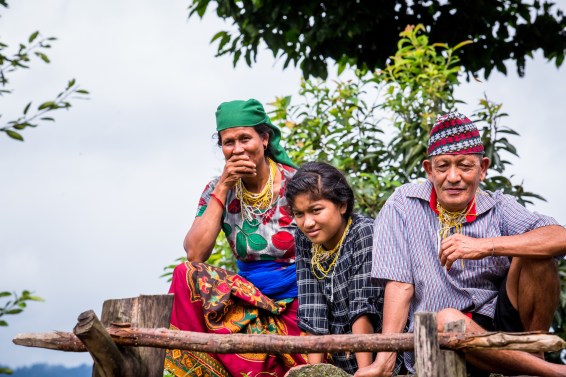 Aristocrats are like the enduring ironwoods, and commoners are like the strangling fig that kills. And yet, when Center for International Forestry Research Senior Associate Carol J. Pierce Colfer lived for a year in the Indonesian Dayak community from which this tenet arose, it was a commoner – a very clever, sharp-tongued commoner who could argue down all of his upper-class rivals – who was elected Head Man.

“This was important because decisions the Head Man made could be undercut by this factional antagonism,” she says. And this class divide was only one element in the community’s narrative, at different times sharing the stage with age, gender, and underlying animist belief systems mixed with religious differences between Catholics and Protestants; at other times, hidden behind the curtain while others came to the fore in different sub-plots. “But you wouldn’t know all that unless you spent time there.”

The word “intersectionality” is the focus of a new occasional paper by Colfer and two other CIFOR scientists, Bimbika Sijapati Basnett and Markus Ihalainen, which defines it as “the interacting influences of multiple identities in a given person as they interact with marginalizing or empowering structures, norms and narratives.” Yet, it is not in the Merriam Webster dictionary. Neither is it in Microsoft Word spellcheck. It does yield 19 results in Al Jazeera’s online search engine, 35 results in The Economist’s and 64 in The New York Times’ – the latter’s lead presumably due to the term’s rise in the American vernacular following the #MeToo and other post-Trump movements.

“Seven syllables. It’s really unnecessary to make words that long,” says Colfer, with a smile. “But sometimes a crazy thing will take off, and that seems to be what’s happening with intersectionality.” The paper’s purpose, in keeping with this, is to suggest how it can best be used in the forestry sector.