In China, the largest bamboo structure of its kind proclaims the plant’s future 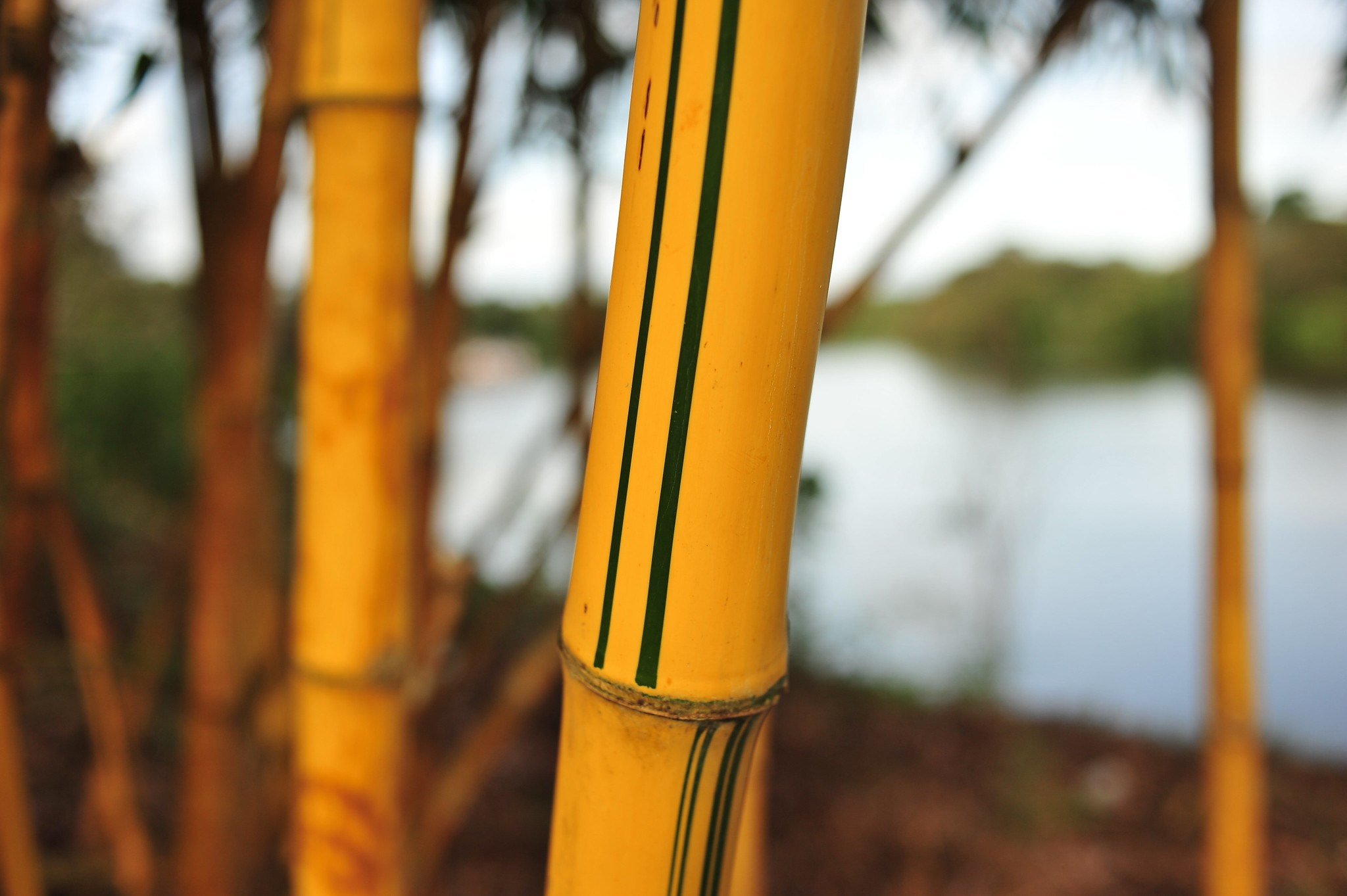 With its graceful arches blanketed by a landscape garden and reflected in the shimmering pond at its base, the “Bamboo Eye” Pavilion casts an image designed to convey the beauty and the strength of the versatile plant.

In fact, that’s the fundamental goal of the pavilion, constructed by the International Bamboo and Rattan Organisation (INBAR): to pack a visual punch that will resonate with the 16 million visitors forecast for Beijing’s International Horticultural Exhibition 2019 (Expo 2019). The 1,600-square-meter Bamboo Eye is also said to be the largest structure of its kind ever built in northern China.

Behind this eye-catching display of bamboo’s uses during Expo 2019 – which opened 29 April and continues until 7 October 2019 – is a great deal of science that explains the multiple ways in which bamboo contributes to sustainable development.

That is a critical point that underscores bamboo’s use for constructing buildings, flooring, household furniture, and water drainage pipes for infrastructure projects, explains Charlotte King, communications and press specialist for INBAR. With a tensile strength greater than that of mild steel and the ability to withstand compression twice as well as concrete, bamboo has been used in construction projects for thousands of years.

But in the modern world, its value and versatility are not always understood or acknowledged. That’s where the Bamboo Eye Pavilion comes in. “We wanted to show how there are a number of different ways in which bamboo and rattan can be part of a country’s sustainable development plans,” said King.

Each bamboo arch comprising the Bamboo Eye Pavilion spans between 32 and 40 meters and stands nine meters tall. Construction required more than 5,000 round-pole bamboo “culms,” or jointed stems – each between 8 and 10 centimeters in diameter and no more than 6 years old. The rapid maturity of bamboo is an important factor in its value for sustainable development: because the plant regrows so quickly, it can be harvested and replaced relatively often.

And that, in turn, is very important for supporting the livelihoods and family incomes of smallholders who grow bamboo within a tropical belt that circles the globe. It also helps to preserve the cultural traditions of people who have long worked with bamboo, says King, whose organization represents 45 countries. Almost all of its member states produce bamboo, excluding Canada, a founding member of INBAR in 1997.

“Each brings a very, very different history and culture of using these plants – but very, very strong cultures across the world and that’s what we’re showing” in the pavilion, says King.

Growing and using bamboo contributes to achieving a number of the U.N.’s Sustainable Development Goals (SDGs), such as ending hunger by supporting livelihoods and sustainable communities that are based around bamboo production. Bamboo forests that are well-managed can help to mitigate climate change because bamboo plants can absorb and sequester carbon dioxide at a higher rate than certain species of trees, according to INBAR research – almost 13 tons of carbon per hectare per year.

The sequestered carbon remains locked in during the lifespan of durable goods made of bamboo, which can be used to replace a large number of materials with high carbon emissions, such as the synthetic plastic polymer PVC, steel and concrete.

It can also contribute to the generation of affordable and clean energy, as bamboo biomass can be used directly as fuelwood, modified into charcoal for cooking and heating, or converted into gas for thermal and electrical energy generation, according to INBAR research.

Bamboo requires few inputs to grow and can be intercropped. It can also help to restore degraded lands and protect forests, thus combatting desertification. It does this through its extensive root systems, which can strengthen and support soil and prevent soil erosion. Those roots can live a century or longer, ensuring the plants’ survival even when fire has scorched plants above ground.

Mauricio Cardenas Laverde, a Colombian-born Italian architect, created the INBAR pavilion and is known for working with bamboo to create innovative, environmentally conscious structures. Bamboo is being used in increasingly in construction, including in South American countries, such as Peru, Colombia and Ecuador, where bamboo is being assessed and approved of for its strength, flexibility and resilience in earthquake-prone regions.

Meanwhile, INBAR is confronting other barriers it sees to the wider use of bamboo, which include a lack of worldwide standardization for the material and related products. The organization is also helping to develop construction standards for bamboo and building partnerships with private-sector companies that use it as a low-carbon material.

China, where INBAR is based, has been a global leader in finding new and unexpected uses for bamboo, which is replacing more conventional materials in products ranging from blades on wind turbines to very large storm drainage pipes, says King. “China is a country that has done this really, really well; it has been really active on bamboo policies in an effort to preserve more of its forests.”

Now, even flooring for shipping containers in China that used to be made from timber is being constructed from local bamboo, she notes. “Companies are finding that it’s a lot cheaper, it’s just as durable and it comes from forests that are within a few kilometers.”

The post In China, the largest bamboo structure of its kind proclaims the plant’s future appeared first on Landscape News.