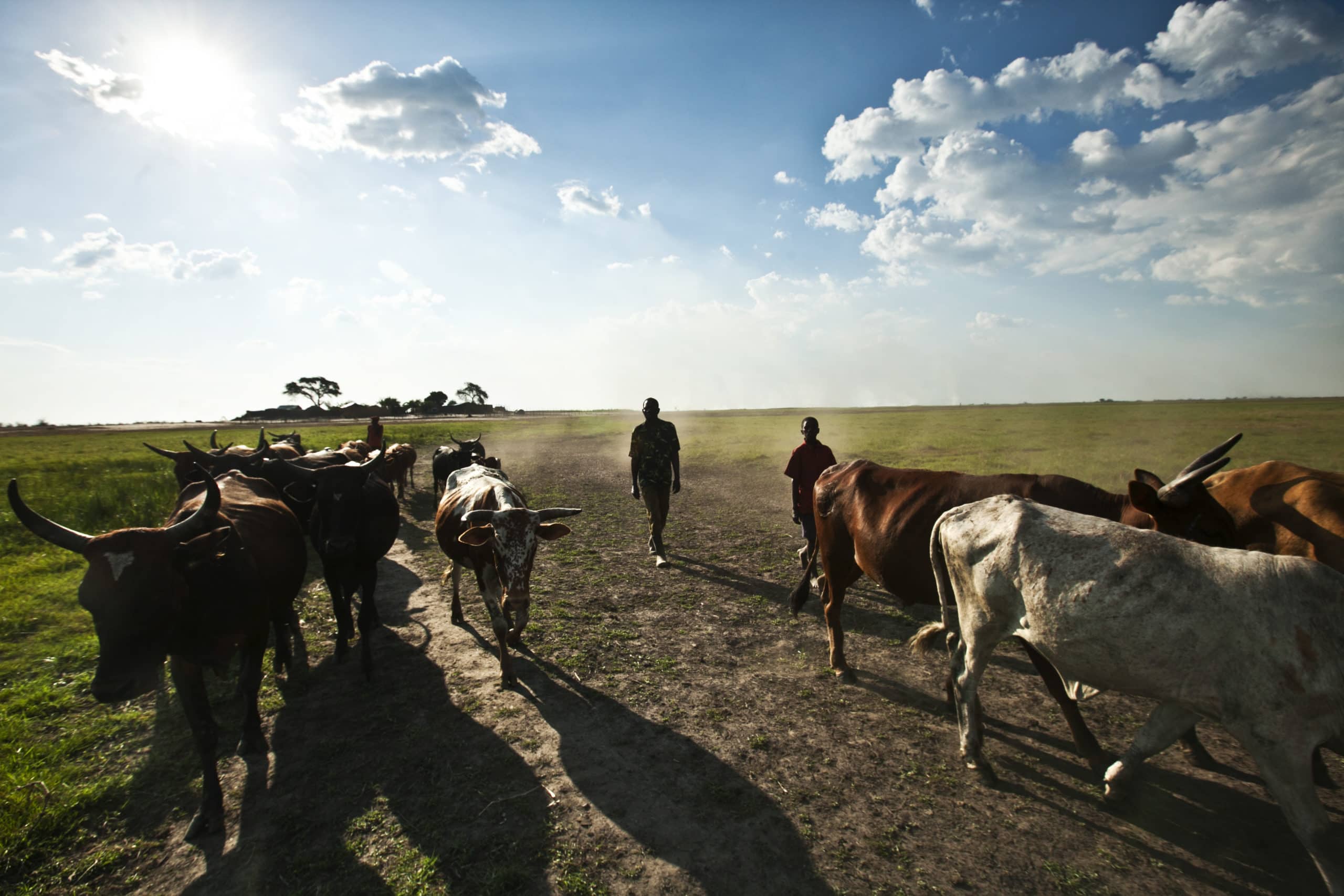 In a new book chapter (Ch. 15, Technologies for agricultural transformation: Animal health), #800000;">Delia Grace, a veterinary epidemiologist and food safety expert at the International Livestock Research Institute (#800000;">ILRI), in Nairobi, Kenya, and the #800000;">Natural Resources Institute, of the University of Greenwich, in the UK, says animal diseases are a threat not only to the livestock sector of southern Africa, but also to its economy (via reduced benefits from the region’s wildlife resources), and also to human health in the region.

The #800000;">endemic diseases, which though less dramatic may have even greater negative impacts than epidemic diseases, that are important in southern Africa are clostridial diseases, ticks and tick-borne diseases, helminth infections and African animal trypanosomiasis (known as sleeping sickness when it occurs in people).

The highest priority #800000;">zoonotic diseases—those shared by animals and people—in southern Africa are rabies, brucellosis and anthrax. Other zoonoses are emerging and while human infection is still currently rare, as these pathogens evolve they may become better adapted to humans.

Animal-source foods (milk, meat, offal, eggs), along with zoonoses, are an important source of #800000;">food-borne diseases in the region. Unknown by most, the human health impact of food-borne disease is huge—comparable to that of HIV/AIDs, malaria or tuberculosis. The economic costs for low- and middle-income countries are at least USD115 billion a year. And food-borne diseases are likely to worsen in southern Africa over the next decades.

[M]ost of the priority animal diseases in Southern Africa are ‘climate-sensitive’.

We are currently in an era of unprecedented interest and advances in animal disease research.This livestock sector is growing rapidly in response to demand, and the consequent intensification brings about needs for new and adapted technologies.Advances in epidemiology, molecular epidemiology, genomics, diagnostics, vaccines and ICT have great potential for controlling disease and improving productivity in livestock.At the same time, the growing concern about human health externalities of livestock production (especially emerging zoonotic disease, foodborne disease and antimicrobial resistance), substandard animal welfare and the environmental impact of livestock is stimulating new investments in research to tackle these problems.Much of the growth in demand for livestock products and generation of negative externalities occurs in [low- and middle-income countries], and these will be at the forefront of future research.A One Health perspective that understands the importance of livestock in the context of animal, human and environmental health can help ensure a sustainable transformation of the livestock sector.