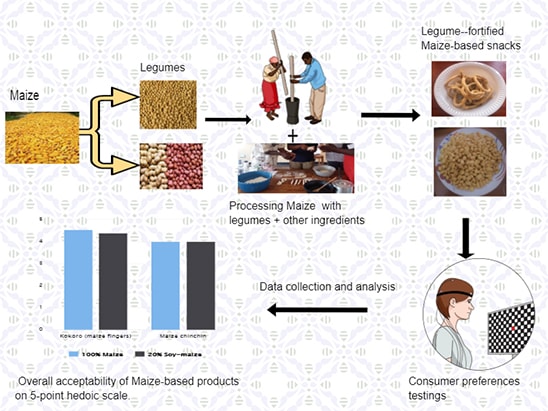 Eating healthy snacks is one way to combat poor nutrition, while legumes can replace animal-based proteins in various preparations. Snacks fortified with legumes, particularly soybean, are nutritious enough for household consumption. They are rich in protein, fiber, and minerals such as iron and zinc, and are satiating.

Researchers carried out a recent study to evaluate the physical, nutritional, anti-nutritional properties, and consumer preferences of five snacks produced from maize and soybean.