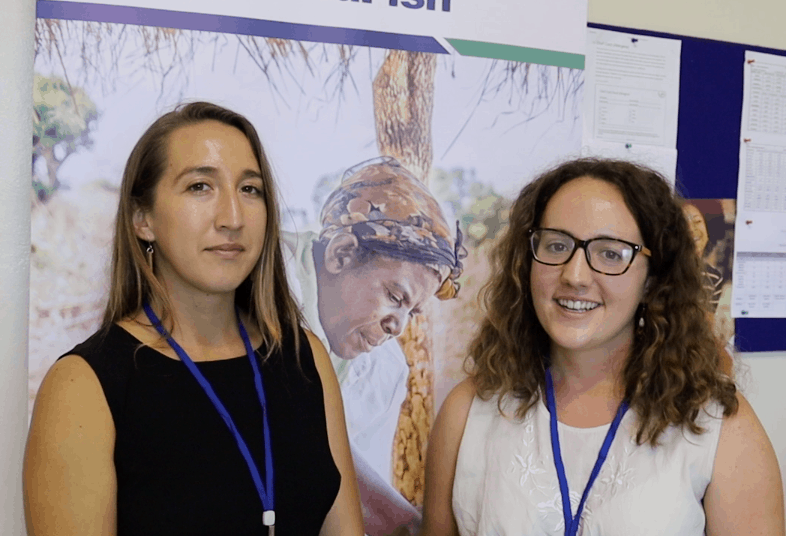 We sat down with Taryn Cadena and Katharine (Katie) Thomas, two young women who were invited to attend the Nutrition-sensitive Fish Agri-food Systems workshop, held in Lusaka, in late February, and had an engaging conversation about their experiences working in the field in Zambia. They have been living in Zambia for almost two years, serving as volunteers with the Peace Corps, a volunteer program run by the government of the United States of America. Taryn volunteers in the Rural Aquaculture Project (RAP), and Katie, in the Community Health Empowerment Project (CHEP). They are both based in Luwingu, Northern Province, a rural area, approximately 950 km north of Zambia’s capital, Lusaka.

The Peace Corps volunteer program was founded in 1961, with the aim to provide social and economic development abroad through technical assistance, while promoting mutual understanding between Americans and the populations they serve. The program had involved more than 230,000 volunteers, serving in 141 countries since its inception, and is now active in more than 60 countries worldwide. The Peace Corps has had projects in Zambia since 1994, and is engaged in seven sectors, including agriculture, education, environment and health. Zambia is the only country in which aquaculture is included in the agriculture sector. Read the rest