IITA to collaborate with other organizations on wheat production 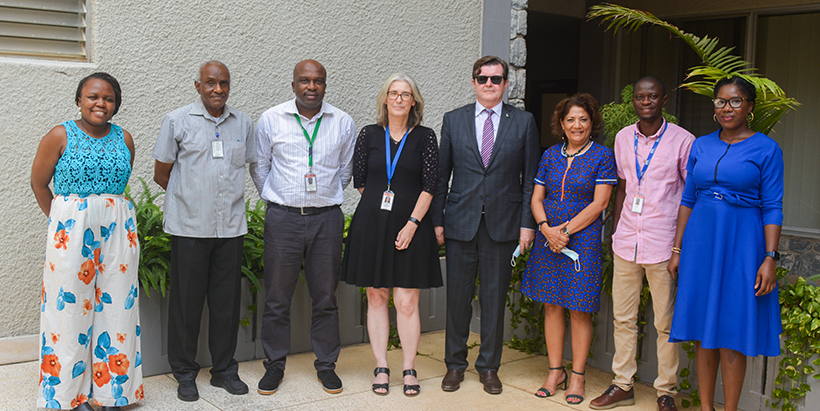 His Excellency John Donnelly, the Australian High Commissioner to Nigeria, proposed an area of collaboration with the Institute on a recent visit to IITA headquarters. Commissioner Donnelly was accompanied by his spouse, Madame Sunita Kofnala, and Political and Economic Officer Tosin Gbolasere.

Following the introduction, Legume Geneticist and Breeder Christian Fatokun, on behalf of the  West African Hub Director Michael Abberton, spoke about IITA Research-for-Development activities in the West Africa hub. He highlighted IITA’s work on six mandate crops, cutting across all research areas and IITA’s works with different partners in each country and mainstreaming women and youth into its programs. “Through our plant health laboratory, we also support the Nigerian government to ensure that seeds imported into the country meet international plant quarantine standards,” he said.