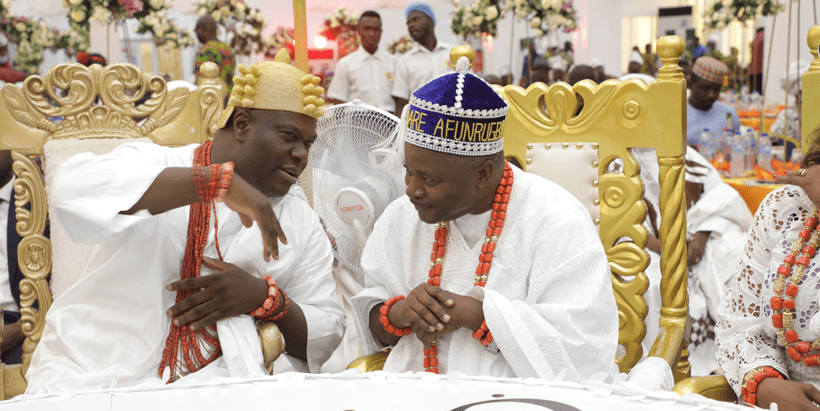 IITA Director General Dr Nteranya Sanginga was conferred with the chieftaincy title of Aare Afurugbin Ola of the Source (Lead Sower of Wealth and Prosperity of the House Oduduwa) on 11 December in recognition of his outstanding contribution to agriculture, research, and development in Africa.

The conferment ceremony at the palace of the Ooni of Ife, His Imperial Majesty, Oba Enitan Adeyeye, Ojaja II, highlighted the achievements of one of Africa’s illustrious sons who has contributed significantly to socioeconomic development, especially in the area of agriculture on the continent.

In a statement issued by the IITA media office at the Institute’s headquarters in Ibadan, “Dr Sanginga, a citizen of the Democratic Republic of the Congo (DRC), who has spent a considerable part of his career in Nigeria, was conferred with the first international honorary chieftaincy by the Ooni (king), who is one of the most powerful and influential traditional rulers in Africa.”

“The chieftaincy title is coming at a time when Dr Sanginga is also celebrating 10 years of displaying exceptional commitment to initiatives that have placed the African continent on the global stage, especially in the science, research, and agricultural space.