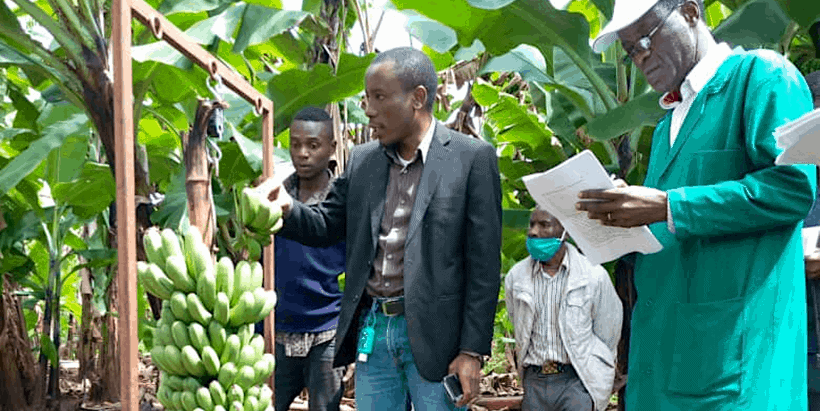 Tanzania has officially released four new, improved hybrids of the important staple cooking banana, “matooke”. These are the first-ever matooke banana hybrids released in Tanzania. These hybrids are resistant to important pests and diseases ravaging the current varieties that millions of farmers across the country are growing and, as such, herald an exciting era for banana cultivation in the country.

The new matooke hybrids were first developed by the International Institute of Tropical Agriculture (IITA) and the National Agriculture Research Organization (NARO) of Uganda and named NARITAs. They were later tested in Tanzania by the Tanzania Agriculture Research Institute (TARI) and its partners IITA, NARO, and Alliance of Bioversity International and CIAT, to identify those most suited to Tanzanian fields and Tanzanian farmers.

The four NARITA hybrids, now called TARIBAN 1–4, were officially released in March and announced by the Minister of Agriculture, Hon. Prof. Adolf Faustine Mkenda, during his budget speech in parliament in May 2021. The new varieties are resistant to black Sigatoka leaf disease and banana weevils, with potential yields ranging from 18 to 35 t/ha/year. Currently, farmers’ average productivity is around 7 t/ha/year.

The East Africa Highland cooking banana, locally referred to as “matooke”, are steamed or boiled, and then sometimes mashed before consumption. They are the main staple for millions of people across the region, where banana fields often blanket whole hillsides, stabilize the landscape, and provide a key source of income to communities in the Great Lakes Region of Africa.