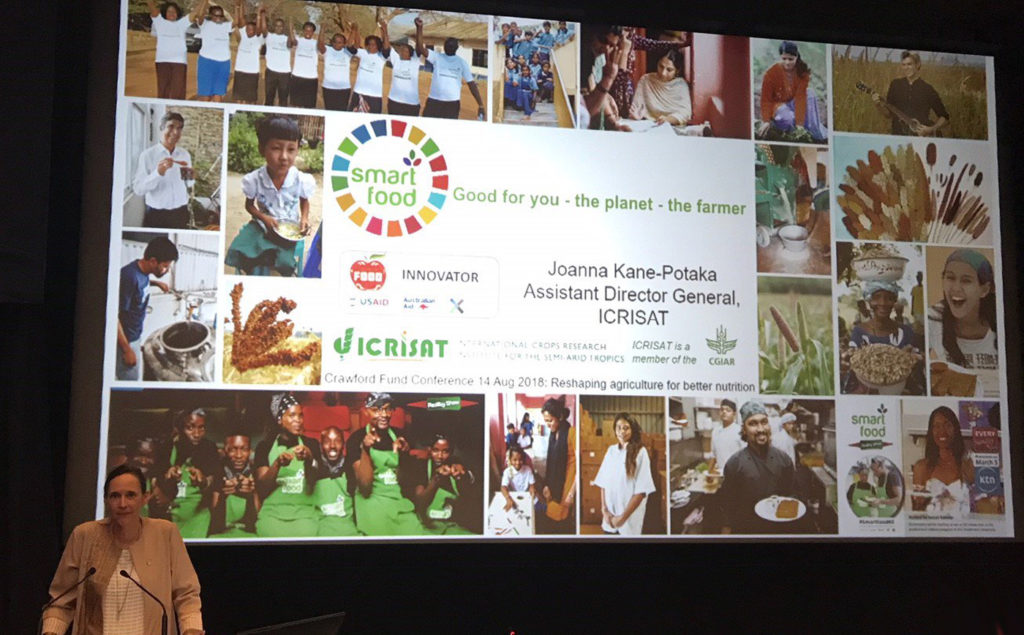 Can we change global diets so they get smarter – more nutritious and more environment friendly with Smart Food? This was the pitch of ICRISAT’s Assistant Director General Joanna Kane-Potaka at the Crawford Fund annual conference 2018. Held at the Parliament House in Australia, Kane-Potaka said Smart Food, like millet and sorghum could tackle some of the biggest global issues of today.

“Smart Food – food that is good for you, the planet and the farmer – can have a major impact on the mega-global issues of malnutrition, poverty and environmental degradation,” said Kane-Potaka, also Executive Director of the Smart Food initiative. Smart Food was on display at the conference in the Mural Hall of Parliament House and the initiative was selected as a top global food innovation in a competition run by Australia’s Department of Foreign Affairs and Trade and USAID, according to a media release issued on the occasion.