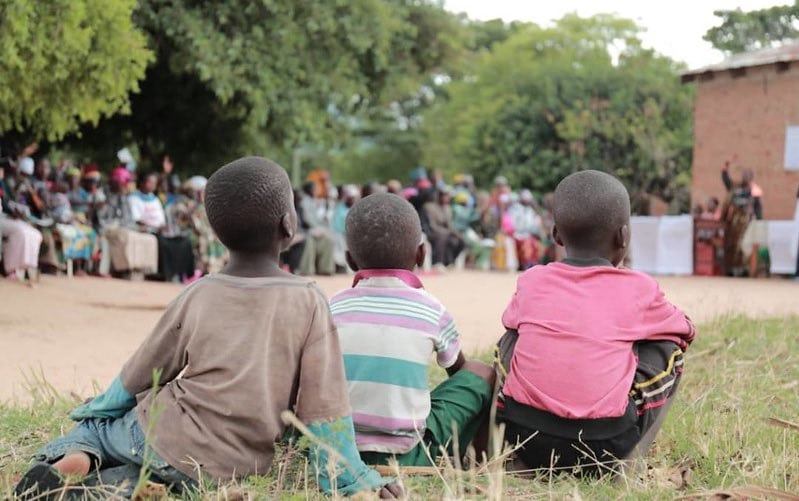 BY STEVEN BLOCK,BELIYOU HAILE, LIANGZHI YOU AND DEREK HEADEY

The growing threat that climate shocks pose to food, water and nutrition security makes understanding the linkages between climate and nutrition increasingly urgent. Our new paper in Food Security demonstrates an empirical connection between rising temperatures, cereal yields, and poorer growth outcomes for children—the first time such a link has been established between climate shocks, agricultural productivity, and health.

We find that extreme temperature shocks can severely reduce maize yields, and that lower yields in the season prior to birth are a strong predictor of reduced height in later years, especially among boys. We also show that lower maize yields are predictive of lower body mass among women but not predictive of diarrhea or fever incidence in children. Taken together, these results suggest that maternal malnutrition during pregnancy is a key pathway linking heat shocks and agricultural production to subsequent child health.

The findings have important implications for policymakers responding to climate impacts, who must weigh whether to focus more on agricultural interventions and social protection or on public health interventions. Our research suggests the first approach could be particularly important in rural Africa.

Agriculture-related nutritional risks pose especially serious problems in Africa, where temperature is projected to rise faster than the global average. Millions of African farm households depend on rainfed agriculture and livestock, and some of our previous research shows that child stunting rates are much higher among Africa’s agricultural households than they are among other livelihood groups—suggesting that climate shocks that impact child nutrition could have important negative effects on human capital for years to come. The focus of our research, Tanzania, is a case in point: This maize-dependent country has already experienced dramatic heat shocks, with an increase in annual mean temperature from 22.7°C to 23.7 °C between 2000 and 2015, and that trend is likely to continue.