Harnessing the power of metabolomics to speed and improve breeding 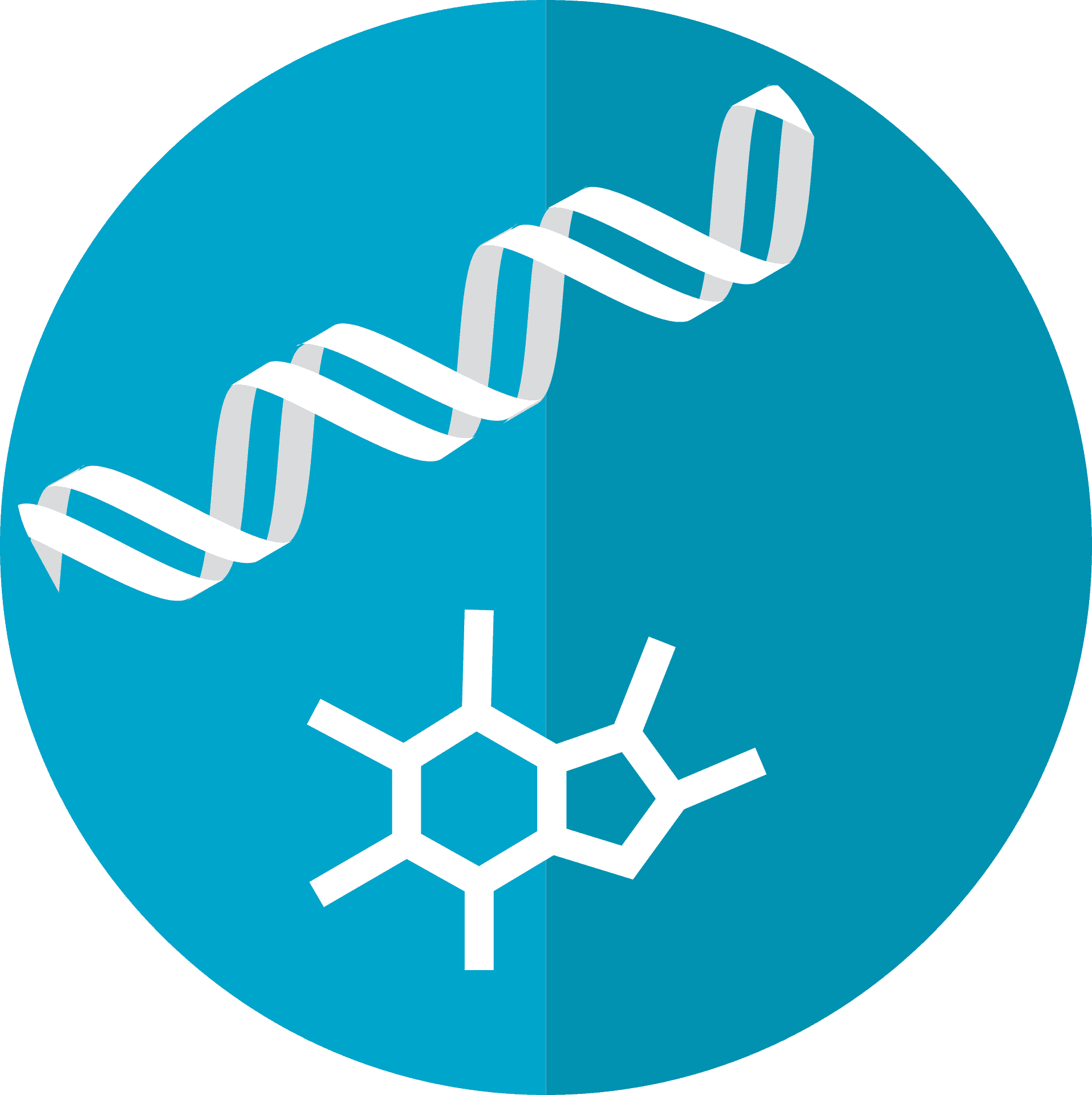 Plants produce thousands of smallish chemical compounds known as metabolites. Like a DNA fingerprint, which offers a portrait of a plant’s genes and thus what it is capable of doing, a comprehensive survey of the metabolites in a specific tissue, such as the leaves, can tell us what that tissue is doing. Such a survey can also offer clues about what might be happening elsewhere in the plant, for example in storage roots.

Metabolites are the end result of genes switching on and off and directing all the complex workings of the cellular machinery. As a result, metabolomics – the study of the metabolites – offers insights into important genetic questions while at the same time leap-frogging over the tangled biochemical pathways that connect genes to metabolites. That is why the CGIAR Research Program on Roots, Tubers and Bananas (RTB) has invested in metabolomics, building a close working partnership with Royal Holloway University in London (RHUL).

At RHUL, Professor Paul Fraser points out that a major strength of the partnership has been complementary expertise. “That has enabled us to apply state-of-the-art technologies to germplasm collections,” Fraser said.

Michael Friedmann, a science officer with RTB, sees great potential. “Breeders can use metabolomics to enhance the selection of parental lines and offspring that have unique chemical features, which make them resilient to climatic change, or improve their productivity, or increase the biosynthesis of nutritional compounds important for a healthy human diet.”

The early work with RHUL established protocols to extract and analyze plant metabolites. Much of this focused on young plants which, it was hoped, would be good proxies for products in the mature plant – the roots, tubers and bananas. Six publications to date have shown remarkable progress.

The analysis of leaf and tuber material in different yam species (Dioscorea spp.) identified a subset of metabolites which allowed accurate species classification and highlighted the potential of predicting tuber composition from leaf profiles, based on the species classification. Moreover, this approach has been demonstrated in cassava, where an important characteristic – higher amylose content in the roots – is indicated by particular leaf metabolites.  Consequently, this can serve as a guide for breeders to select suitable lines in their programs.

Leaf metabolites that are associated with high amylose is one example of a biomarker, something relatively easy to detect or measure that predicts the level of an important trait that may take longer to develop or be more difficult to assay.

A study of potatoes, grown with adequate water and under drought, revealed nine metabolites that seem linked to plant responses to drought. Another RTB effort to speed breeding, which uses near-infrared spectroscopy (NIRS) to quickly screen large numbers of plants, will now seek to identify NIRS signatures for those metabolites, which will enhance the discovery of potentially drought-tolerant potato lines.

Potential markers for biotic stresses have also come to light. In cassava, the metabolomes of lines that are resistant to thrips or whitefly pests differ from those of non-resistant lines. In addition, disease resistant banana lines had specific metabolomic patterns. These sorts of associations will make it easier for breeders to search through many more young plants to winnow out potential winners.

An important goal for breeders is to improve the nutritional value of crops, while at the same time ensuring that people will like and adopt the new varieties. Metabolites are crucial to this because so many of them are involved in the taste and smell of foods. A study of potatoes revealed metabolites that affect how well the palatability of potatoes holds up after prolonged storage. It also identified a group of varieties in which the amount of carotenoids, important precursors of vitamin A, did not go down after cooking, unlike in most potatoes.

Vitamin A precursors are also the primary reason for breeding orange-fleshed sweetpotatoes, but a metabolomic analysis found that breeders can select even more nutritious sweetpotatoes by going beyond mere orange color. Some carotenoids, such as mutachrome, are not as effective at supplying vitamin A and yet are hard to distinguish based only on the color of the tuber or simple lab techniques. Metabolomics allows breeders to decide which of several equally orange varieties will deliver the most vitamin A. Similar considerations apply to yam, where color is an even worse predictor of nutritional value.

This first phase of RTB’s research into metabolomics has already produced a series of important results and pointed to promising new avenues to explore.

“Metabolomics as a technology will be key in quality trait assessment,” said Paul Fraser. “In combination with other omics technologies and breeding populations it gives us a way to identify and validate alleles of interest.”

A deeper understanding of what metabolites can say about important crop characteristics is clearly important, and 2020 will see a major effort to link metabolomic and genomic data by seeking relationships across a large panel of cassava varieties. The goal is to identify currently unknown metabolites that influence traits important to consumer acceptance and preference; breeding will be considerably more precise if researchers can predict what the roots will be like by examining metabolites in the leaves.

For now, the work requires expensive laboratory equipment and trained staff, which means that the partnership with RHUL will continue to be important to breeders. However, equipment is becoming cheaper and RHUL is already training staff in partner countries; the hope is that in-country metabolomic centers will soon be available to local breeding programs.

Paul Fraser at RHUL says that expertise and training will assist national programs. “The technologies have already helped in-country breeding programs,” Fraser said, “and will do so more in future. They will also help assess the quality and safety of foodstuffs.”

“The enormous number and diversity of metabolites probably reflects the fact that plants cannot move. This is their way of reacting to everything that’s around them,” said Michael Friedmann. “Together with other omics tools, such as genomics, metabolomics can help us to breed the new varieties we need.”