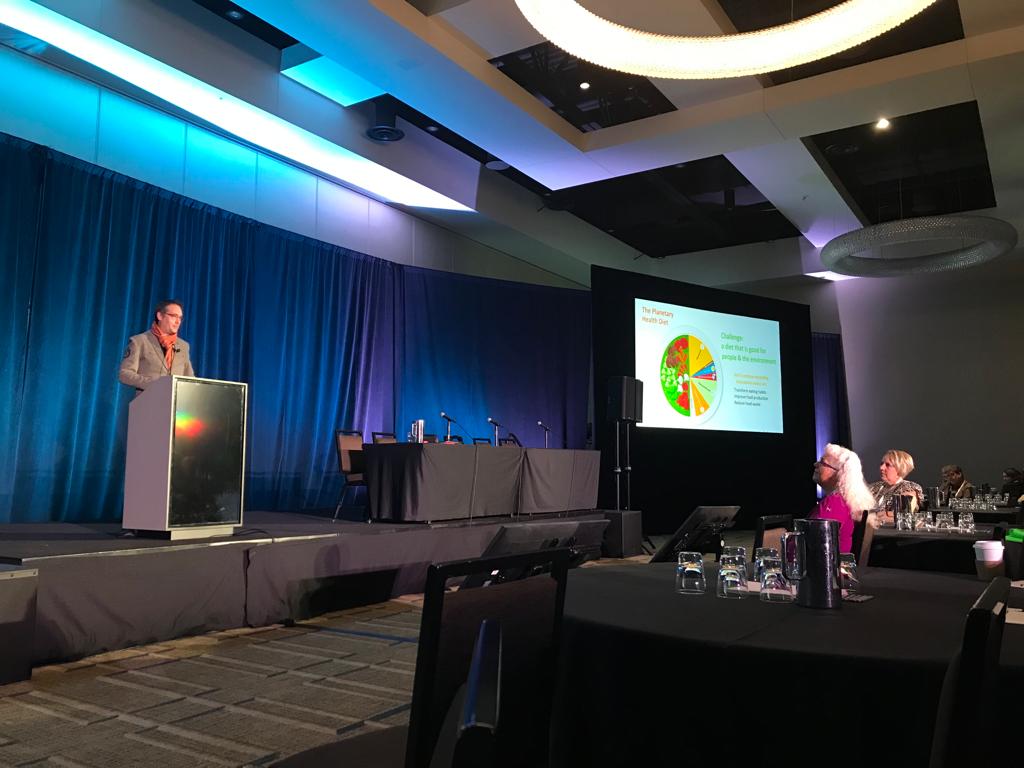 One of the biggest challenges facing the world today is how to balance a healthy diet for humans with agricultural production that is good for the environment. At the International Maize and Wheat Improvement Center (CIMMYT), scientists work closely with farmers to achieve these aims and contribute towards food security, as well as improving their livelihoods and nutrition.

In an opening keynote at Cereal & Grains 22 titled Risk Mitigation in the Food Chain, Bram Govaerts, Director General a. i. of CIMMYT, focused on the organization’s work towards a world with resilient agrifood systems that protect biodiversity.

Govaerts explored the sensitivity of agricultural systems to the impacts of climate change, which in turn affects farmers’ ability to successfully produce crops and their capacity to meet rising global demand for food. However, agriculture itself is not immune from contributing towards climate change, currently accounting for 24% of greenhouse gas (GHG) emissions.

The effects of climate change are not the only pressure on agrifood systems, with other system shocks such as COVID-19 and conflict causing disruption to production and yields, prices, and supply chains, said Govaerts. For example, the current Ukraine crisis, which has heavily affected wheat imports and exports, underscores the need for long-term solutions to stabilize global food security. The encroaching cost of living crisis is adding further challenges to an already delicate situation, and hunger is predicted to increase across the Global South.

Research and development (R&D) has an essential role to play in addressing this crisis. Evidence shows that for every $1 USD invested in anticipatory action to safeguard lives and livelihoods, up to $7 USD can be saved by avoiding losses in disaster-affected communities. Simply put, proactive investment in agricultural science will save money in the long run by solving problems before they reach critical point.

CIMMYT’s R&D projects focus on extensive research on climate change adaptation and mitigation in maize and wheat-based production systems, helping smallholder farmers adapt to climate shocks and to raise and maintain yields in profitable and sustainable ways, and on capacity building for stakeholders in the development and application of new technologies.

Scientists are also harnessing the power of genebanks and breeding, focusing on safeguarding, characterization, and use of biodiversity to identify characteristics of seeds for genetic gain, adaptation to climate change, and better nutritional quality. This means farmers can access more and better seeds that respond to agrifood needs.

These innovations are only as effective as their level of adoption, which is why CIMMYT works closely with actors at all levels of agrifood systems.

Climate science at work in Africa

Govaerts shared examples of CIMMYT’s climate change adaptation and mitigation work include the introduction of drought-tolerant maize in Zimbabwe, which yielded more than 0.6 t/ha more than previous varieties. This equates to $240 USD more income per hectare, which provides nine months’ worth of additional food security at no extra cost.

There is also an increase in popularity for stress-tolerant wheat varieties in Ethiopia, such as Danda’a, Kakaba, Kingbird and Pavon 76.

Following an Integrated Agrifood Systems Approach (IASA) has given CIMMYT significant edge by building effective partnerships with the public and private sector. Collaboration on responsible sourcing with Kellogg’s and Grupo Bimbo, as well as a new three-year partnership with Deutsche Gesellschaft für Internationale Zusammenarbeit (GIZ) and Grupo Modelo to encourage water-conserving farming practices, will contribute to a one-system approach.

More than 18 million farmers worldwide benefit through CIMMYT’s improved maize and wheat system farming practices. With so much at stake for the entire world, CIMMYT has no plans to stop now.