Good agronomic practices with sweetpotato are cause for celebration in Uganda 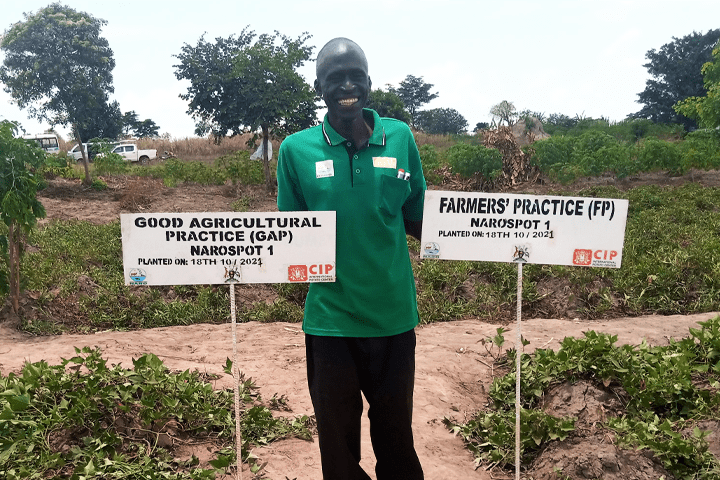 Everyone smiled, grasped hands, and shook their heads in wonder. The excitement at Michael Mugabi’s fields was palpable.

Located in Gumpe Parish, Buyende district of Uganda, Mugabi and the SweetGAINS team from the International Potato Center (CIP) had gathered local politicians, farmers, seed producers and NGO’s to witness the incredible and abundant sweetpotato crop that covered the ground in bright orange and green.

The planning for this moment started just four months earlier when CIP and the Ugandan National Research Organization (NARO) conducted a survey to trace for sweetpotato producers (both roots and vines) who were the most suppliers of roots and vines in markets so that they are trained    in some  n agronomic practices and in seed multiplication so that other farmers can buy clean seed from them.