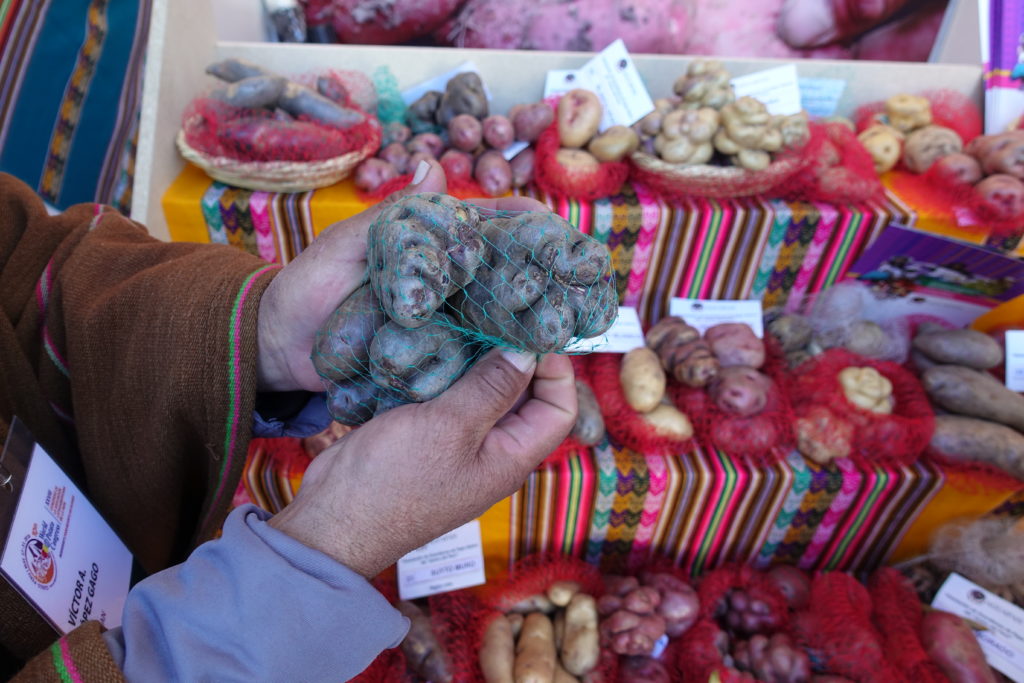 More than 800 potato scientists, industry representatives, government officials and other interested parties from 50 countries have gathered in the Andean city of Cusco, Peru for the 10th World Potato Congress (WPC) and the 28th Congress of the Latin American Potato Association (ALAP), held from May 27 – 31. The event, which includes prominent participation by scientists from the International Potato Center (CIP), the lead center of the CGIAR Research Program on Roots, Tubers and Bananas (RTB) has raised the potato’s profile in Peru and beyond by highlighting the crop’s rich biodiversity and its potential for reducing hunger, malnutrition and poverty.

The WPC is the most important international event for potato science and business, held in a different country every three years. WPC 2018 marks the first time that the Congress takes place in Latin America.

In his address to participants, Peru’s Minister of Agriculture and Irrigation, Gustavo Mostajo, noted that the decision to hold the event in Cusco was due to the fact that it lies in the potato’s center of origin, near where potatoes were first domesticated almost 10,000 years ago, and where most of the world’s potato biodiversity is found.