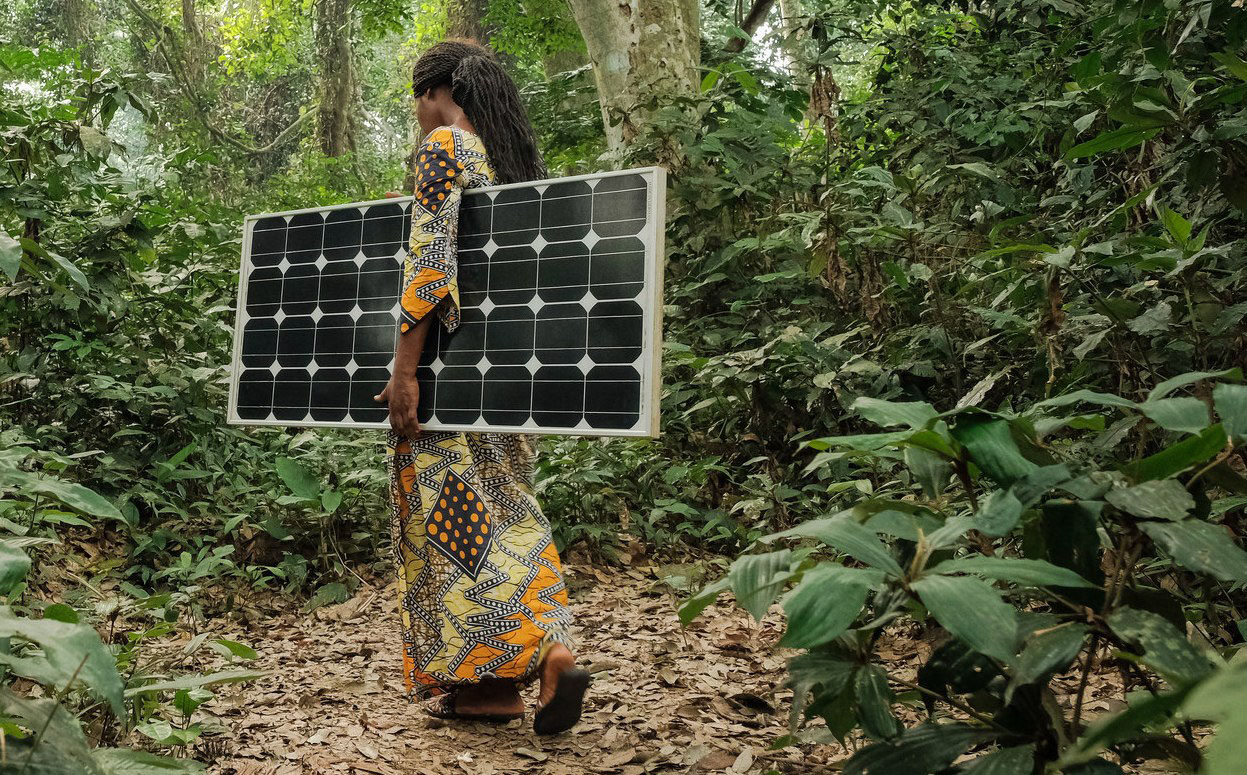 BONN, Germany (Landscape News) – Women can generate the power to not only energize themselves but also their families and their communities at every level. All they need is some technology, training and the freedom and space in which to work.

That was the message from a three-women panel discussing their experiences in such diverse fields as technology, energy and farm advocacy during the Global Landscapes Forum (GLF) Digital Summit “Women Rising for Rights” on 8 March, International Women’s Day.

“(Women) hold the key to the solutions at this intersection of
energy justice, climate justice and the women’s rights movement,” Neha Misra,
co-founder
and chief collaboration officerat
Solar Sister told the
summit. The not-for-profit social enterprise, she explained, was created to
access “the largest untapped source of renewable energy in the world,
which I believe very strongly is woman power.”

There are times, however, when having the right tools still is not enough. Women also need the freedom and space in which they can work to make change that benefits not only themselves, but their families and their communities,  said Luisa Volpe, head of policy development with the World Farmers’ Organisation (WFO), representing national farmers’ cooperatives and groups worldwide.

She
described how women have been prevented from participating in key forums where
their voices were essential to shape policy and promote change, because social
restrictions meant those women were not permitted to travel alone.

“Access
to technology is one important way to support women – but it’s also necessary
to change the mindsets of social representatives to give women the space they
deserve,“ said Volpe, who described women as the “main pillar” that supports
their family farms.

“Because
when women have space and tools, they are able to do a lot for their
communities – which include also men.”

The
panel agreed that women’s work generally takes a very broad perspective that
includes many types of communities, some based on their location, some based on
their work and interests – and often, communities comprised of other women.

Women
working with other women is fundamental to Solar Sister, which trains and
supports women in rural Africa to become entrepreneurs in the clean energy
sector, operating sustainable businesses in their own communities. Misra
described an HIV-positive woman whose business success with a Solar Sister franchise
not only changed her social status, from outcast to community leader, but led
her to become a mentor to others.

This
foundation in community is also crucial in open source work, which focuses on developing innovative technological
tools and services, free of charge to any user, to support sustainable
development and land restoration, said Hajar Benelcadi, a senior data analyst in Earth Observation (EO) at mundialis GmbH & Co.

“We
believe in creating communities, no matter (participants’) backgrounds or gender.
We all work together,” said Benelcadi. “Open
source democratizes the production and innovation of systems by promoting
inclusion, no matter the gender, no matter where you come from,” she explained.