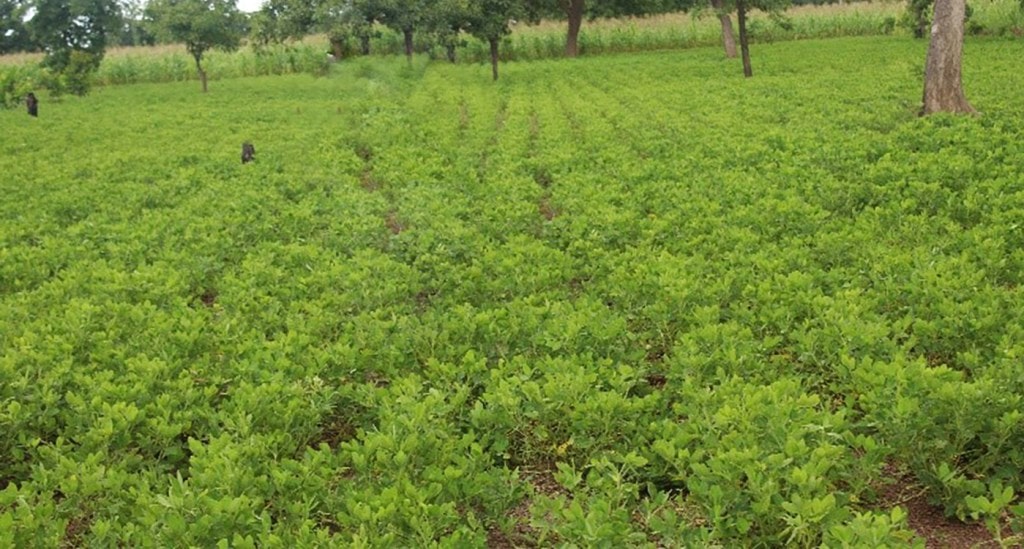 Two improved groundnut varieties have helped a group of farmers in Ghana increase their yields five-fold, breaking a three-decade stranglehold on the crop’s productivity. The improved varieties, SARINUT 1 and SARINUT 2, are also combating devastating afflictions of groundnut production like leaf spot disease in the country’s Savanna Region.

The farmers’ group, Soglokonbo Groundnut Farmers Association in the region’s East Gonja district, has been using the improved varieties and good agricultural practises to produce around 1,200 kg per hectare in stark contrast to the 225 kg per hectare they were harvesting earlier. Reason for the historically low yields: prominence of a dated variety that was introduced in the region 30 years ago and was handed down or exchanged between farmers.

Not only was the dated variety low-yielding, it was also highly susceptible to early and late leaf spot diseases that can wipe out as much as 80% of a field. With such prospects, several farmers in the region ditched groundnut for other remunerative crops.