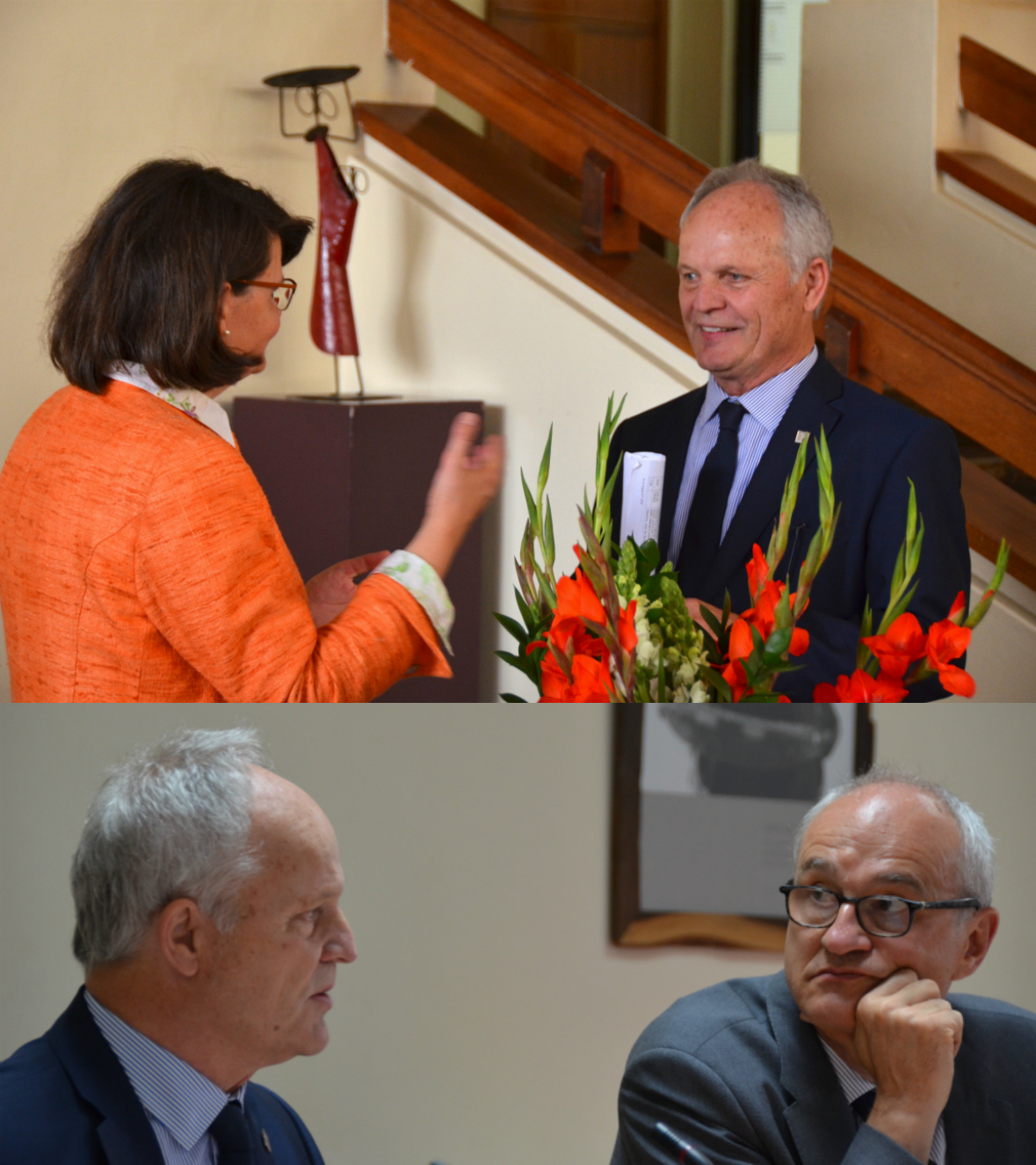 The International Livestock Research Institute (ILRI) was honoured this week to host a high-level German delegation including #800000">Maria Flachsbarth, parliamentary state secretary to Germany’s federal minister for economic cooperation and development, and #800000">Stefan Schmitz, deputy director of the Federal Ministry of Economic Cooperation and Development (BMZ), as well as senior staff of the Kenya Ministry of Agriculture, Livestock, Fisheries and Irrigation, including #800000">Andrew Tuimur, chief administrative secretary, and #800000">Ann Onyango, agriculture secretary; and representatives from several other CGIAR centres working in Kenya, including #800000">Tony Simons, director general of the World Agroforestry Centre (ICRAF), and representatives from the Nairobi-based International Centre of Insect Physiology and Ecology (icipe).

This briefing gives an overview of the productive and decades-long relationship between Germany and the International Livestock Research Institute (ILRI), a partnership that over the years has involved many other research institutions, funding bodies and development agencies. ILRI and its predecessors, the International Laboratory for Research on Animal Diseases (ILRAD) and the International Livestock Centre for Africa (ILCA), have engaged with Germany on many strategic areas in livestock research for development in low-income countries, a few of which are outlined below.

Read the whole article on the ILRI News blog.