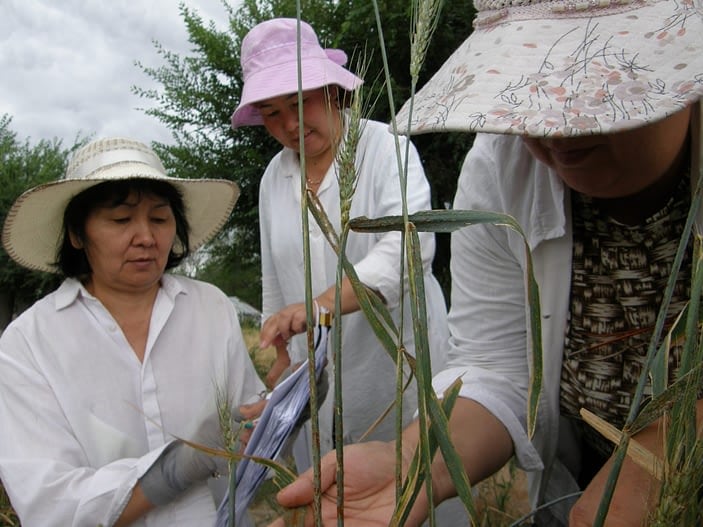 Tan spot disease, caused by the fungus Pyrenophora tritici-repentis, may be less well-known than other pathogens of wheat such as rust and blast, but its potential to become a major threat to wheat-growing regions worldwide is a serious concern.

In Kazakhstan, one of the main wheat growing nations in Central Asia, farmers have struggled with tan spot epidemics since the 1980s. During epidemic years, Kazakh farmers have reported losing nearly half of their harvest to the disease.

A recent study published in Frontiers in Genetics has unlocked a promising new weapon against tan spot disease. Scientists at the Institute of Plant Biology and Biotechnology (IPBB) in Kazakhstan and the International Maize and Wheat Improvement Center (CIMMYT) conducted a genome-wide association study (GWAS) which found new sources of genetic resistance to tan spot disease.