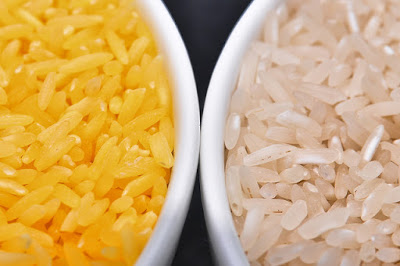 FSANZ is responsible for carrying out safety assessments of GM foods on behalf of the Australian Government, the state and territory governments of Australia, and the Government of New Zealand.
In doing so, FSANZ takes a cautious approach based on concepts and principles developed over more than two decades by international organizations such as the World Health Organization (WHO), the Food and Agriculture Organization (FAO) of the United Nations, the Organisation for Economic Co-operation and Development (OECD) and the Codex Alimentarius Commission.

Upon completion of its assessment of GR2E rice, FSANZ concluded that “No potential public health and safety concerns have been identified in the assessment of GR2E.  On the basis of the data provided in the present Application, and other available information, food derived from GR2E is considered to be as safe for human consumption as food derived from conventional rice varieties.”

A flagship product of IRRI’s Healthier Rice program, GR2E Golden Rice is the first nutritionally enhanced GM rice to receive regulatory approval for use in food.  Healthier rice varieties have the potential to reach many people because rice is already widely grown and eaten.  IRRI is developing rice varieties that have more iron, zinc, and beta-carotene content to help people get more of these important micronutrients.  These healthier rice varieties can complement current strategies to reduce micronutrient deficiencies.