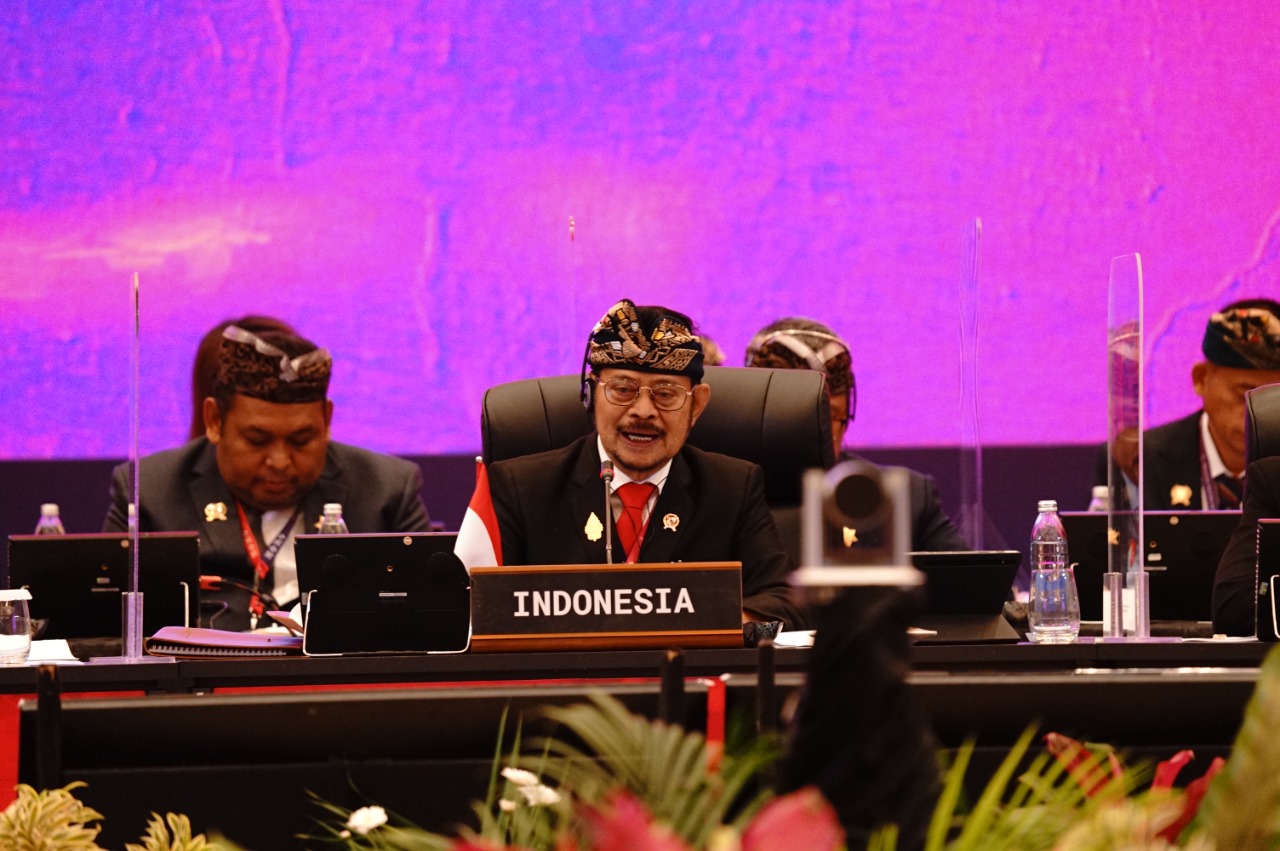 In the aftermath of COVID-19, the world continues to face a severe food security crisis, exacerbated by the ongoing war in Ukraine, putting the world further off track to achieve the SDG of ending hunger and malnutrition by 2030.

The G20 Agriculture Ministers met under this cloud on September 8 in Denpasar, Bali, Indonesia. Even though, the chair’s summary did reflect G20 members’ commitment to step-up efforts to make agriculture and food systems sustainable and more resilient against future shocks, ministers were unable to reach a consensus on a joint communiqué. They could not reach full agreement on how to address the upheaval in global food markets caused by the war in Ukraine. Nonetheless, the ministers discussed three priority areas for action:

CGIAR was present as an observer during these meetings, through a delegation led by Johan Swinnen, Managing Director, Systems Transformation, CGIAR, and Director General of the International Food Policy Research Institute (IFPRI), and consisting further of Gianpiero Menza, Senior Manager Partnerships & Innovative Finance at the Alliance/CGIAR and Rob Vos Director, Market, Trade, and Institutions at IFPRI/CGIAR. While addressing his speech, Swinnen emphasized that the present crisis has already started hurting food systems, thus requiring concerted action with short-, medium-, and long-term components.

He called upon the international community to come together around four priority areas for action. First, more financial support is needed as immediate crisis response to facilitate more humanitarian assistance and allowing food-importing low-income countries stem domestic food price inflation. Second, G20 countries should make a push to urgently make up for decades long under-investment in R&D and under-utilization of ready-to-use innovations. Third, healthier diets and consumption of sustainably produced foods should be a priority, as sustainable diets can substantially reduce farmers’ and food systems’ ecological footprint. Lastly, Swinnen called upon G20 members to rethink present agricultural support measures, which cost around $800 billion per year in fiscal resources but are not very effective in improving food system outcomes. Instead, as joint CGIAR and World Bank research has showed, those resources could be deployed much more effectively to finance necessary investments in food systems R&D and provide incentives to farmers and consumers, by motivating them to produce and consume in more sustainable, healthy and resilient ways.

Lessons learned through the pandemic and other shocks, pushed the G20 Agriculture Ministers to concur on the importance of open, fair, and transparent international trade practices that are non-discriminatory and consistent with WTO guidelines, recognizing trade’s role in securing adequate food supplies as well as its potential for diversifying supplies and making food systems more resilient.

“While this is the promise of the current multilateral trading system, we are still far from fulfilling it,” stated Swinnen. It is crucial to go beyond a simple call for keeping food and fertilizer trade channels open by undertaking various measures, Swinnen continued. Undoing export restrictions, especially on food supplies for humanitarian aid and encouraging public stock holdings to address food security needs during shocks should be resolved as part of WTO negotiations.

Several of these lines for action are reflected in the chair’s summary of the meeting of G20 Ministers of Agriculture, even though no more specific and concrete action plan was agreed upon. Further follow up was given, however, after the Bali meeting during a first-of-its-kind joint G20 Finance and Agriculture Ministers’ meeting, held on October 11. Several, but not all, G20 Finance and Agriculture Ministers committed to use “all appropriate policy tools to address current economic and financial challenges, including the risk of food insecurity.” The precise measures for joint action are still under consideration, but they would include more resources for humanitarian assistance, more finance and debt relief for low-income food importing to provide fiscal space for protection of vulnerable populations, keeping trade channels for food and fertilizers open, and more resources for long-term investments in sustainable agriculture and food systems.

The ministers indicated they wish to further assess the G20’s role in pushing these actions forward in light of other global initiatives, such as those of the UN Global Crisis Response Group (GCRG) and the G7 Global Alliance for Food Security (GAFS). The good news is that the urgent need for internationally concerted effort is widely recognized. However, with the current geo-political tensions, achieving such collective action under the G20 is proving difficult.

Interested in learning more? Read the complete CGIAR statements made by Johan Swinnen:

This article is authored by Swati Malhotra and Rob Vos (IFPRI).