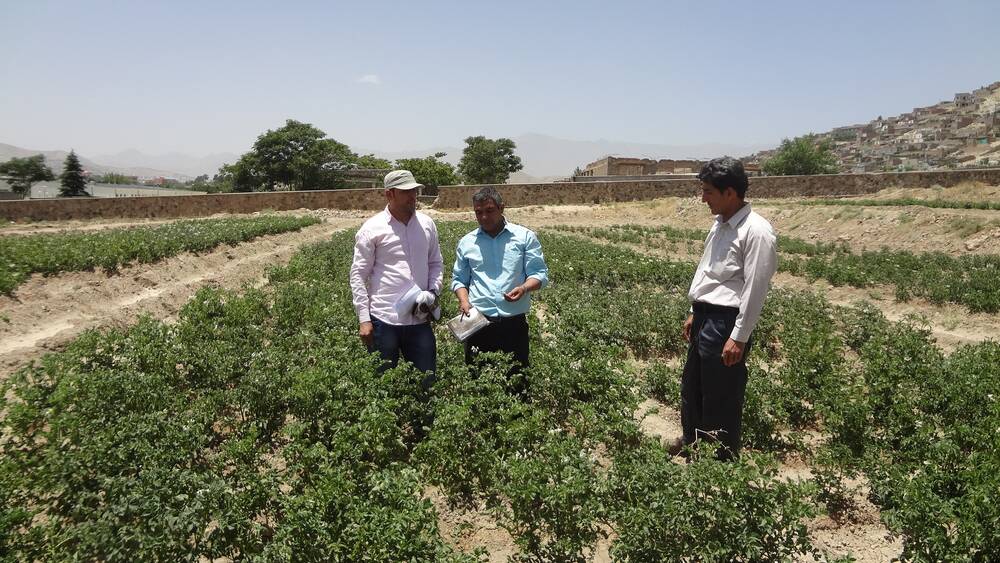 Four new high-yielding varieties of potato adapted to the cool and dry conditions of central Afghanistan have been evaluated and released through a collaboration between ICARDA, the Agricultural Research Institute of Afghanistan (ARIA) of the Ministry of Agriculture, Irrigation and Livestock (MAIL). This research has been funded by IFAD.

For over four decades ICARDA has worked in collaboration with the Afghan Ministry of Agriculture, Irrigation and Livestock to release adapted, good quality and high-yielding varieties of cereals, legumes, forages, and vegetable crops suited to the country’s different agro-climatic zones. Since 1979, 430 research trials involving over 11,000 genotypes have been conducted by ICARDA in ARIA’s 18 provincial agriculture research stations located in 13 provinces. High-yielding lines of wheat, chickpea, mungbean, tomato, and alfalfa have all been identified and submitted by ICARDA and ARIA to the National Seed Board (NSB) for release, multiplication and mainstreaming in the seed systems.