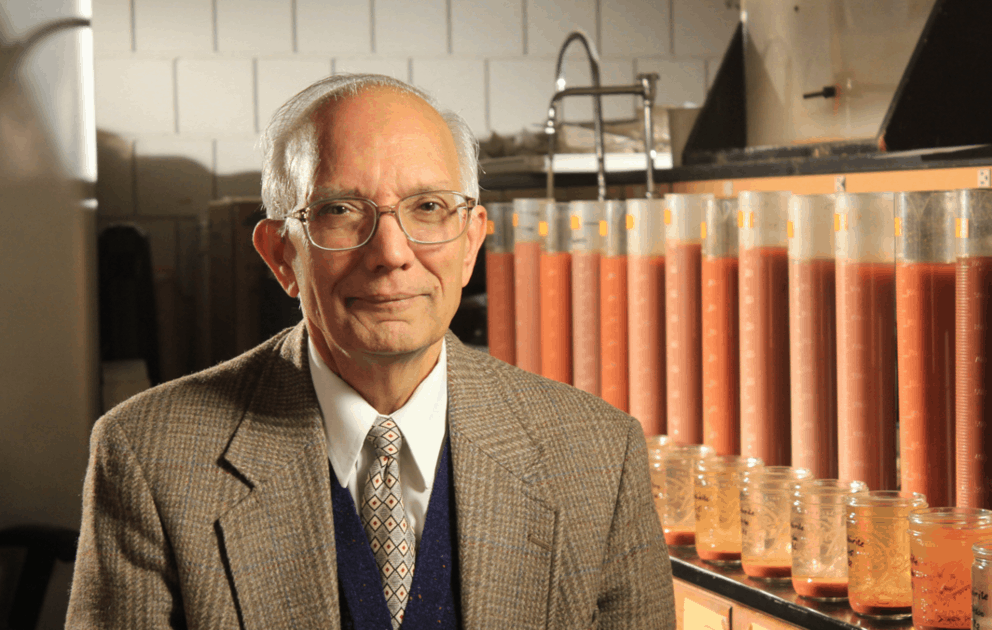 CGIAR is pleased to congratulate CGIAR alumnus Dr. Rattan Lal on being named the 2020 World Food Prize Laureate in recognition of his influential work on soil health.

So far, Dr. Lal’s innovative soil-saving techniques have impacted the livelihoods of more than 500 million smallholder farmers, improved the food and nutritional security of more than two billion people, and saved hundreds of millions of hectares of natural tropical ecosystems.

Dr. Lal spent 18 years at CGIAR Research Center International Institute of Tropical Agriculture (IITA), where he spearheaded research demonstrating that soil organic matter and carbon are crucial to sustaining and enhancing the quantity and quality of food production. Through analysis of soil degradation factors, he began working on building the physical health of soil and increasing the amount of organic matter contained in soil. He transformed and innovated techniques such as no-tillage, cover cropping, mulching and agroforestry, which contributed to protecting soil from the elements, conserving water, and returning nutrients, carbon and organic matter to the soil.

During his time at IITA, Dr. Lal taught his methods to researchers from around the world who came to the Nigeria-based CGIAR Research Center and also traveled to Brazil, Colombia, India, Indonesia, Malaysia, Peru, Thailand, and many other countries with tropical climates to practice and promote good systems for soil health. He also developed region-specific soil guides, alternatives to slash-and-burn agriculture, and technologies for sustainable intensification of agroecosystems. Through his efforts, the long-term sustainability of agroecosystems has improved globally and climate-related risks to farmers have been minimized.

“Soils of the world must be part of any agenda to address climate change, as well as food and water security,” said Dr. Lal. “I think there is now a general awareness of soil carbon, an awareness that soil isn’t just a medium for plant growth.”

In addition to the 2020 World Food Prize, Dr. Lal has also been recognized with numerous international awards, including being named a co-laureate of the Nobel Peace prize in 2007 for his contributions to the Intergovernmental Panel on Climate Change (IPCC), both the GCHERA World Agriculture Prize and the Glinka World Soil Prize in 2018, the 2019 Japan Prize, and the Norman Borlaug Award in 2005.

CGIAR shares Dr. Lal’s belief in a holistic approach to the challenges currently facing food systems, and the critical role of science in developing sustainable solutions. CGIAR actively advocates for a One Health approach through which human health, animal health, and environmental health are interdependent and without which food systems are fragile. CGIAR believes in Dr. Lal’s vision that improved soil health enhances agricultural production, improves the nutritional quality of food, restores the environment, and mitigates climate change, and is proud to be a part of his illustrious career.

“It is a particular source of pleasure and pride to learn that the prize selection committee recognizes the outstanding work of another former CGIAR scientist, noting that Dr. Lal spent eighteen years of his illustrious career with IITA, contributing to the reputation of IITA as a center of excellence through the soil physics laboratory he set up,” said Marco Ferroni, Chair of the CGIAR System Management Board.