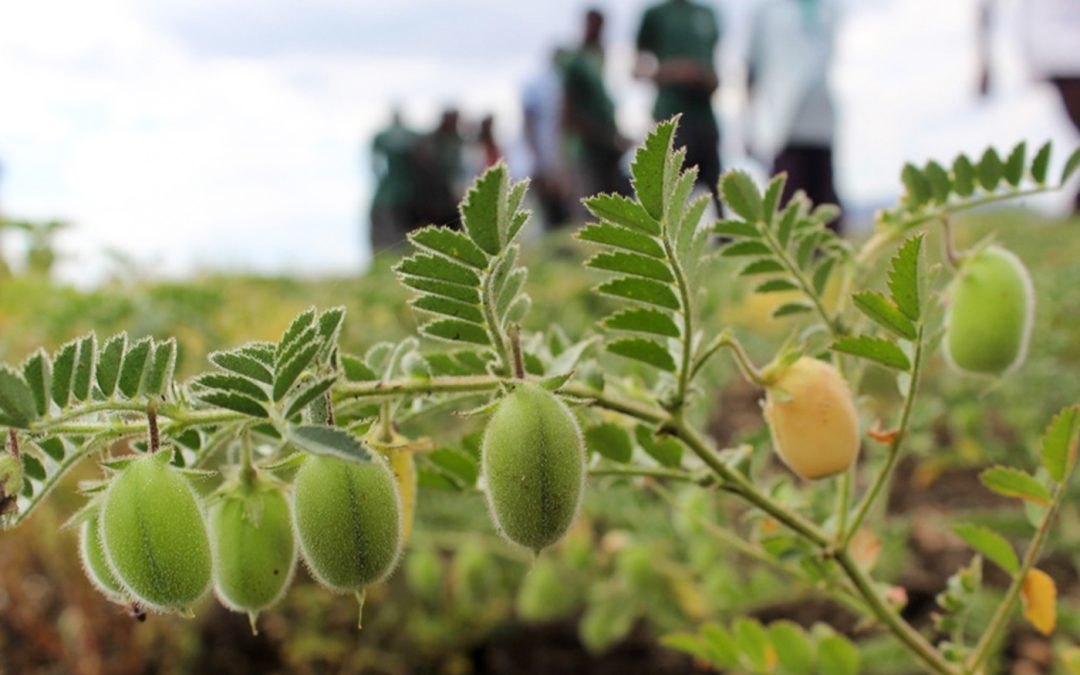 Researchers in Malawi are optimistic of proposing the release of three new high-yielding and stress-resistant chickpea varieties next year. The aim is to cater to the needs of farmers in the southeastern districts who are increasingly growing chickpea for its high value in Asian markets and low water consumption as a crop. Despite its economic significance there is no released chickpea variety in Malawi, forcing farmers to grow traditional varieties that are low-yielding and susceptible to stress.

To speed up the release of improved chickpea varieties, ICRISAT, through the Irish Aid-funded Malawi Seed Industry Development Project, is engaging farmers in participatory testing and selection. Three varieties (ICCV 2, ICCV 96329 and ICCV 97105) were selected and they will be fast-tracked for release together with the development of associated agronomic packages. The variety ICCV 2 matured 8-10 days earlier than the rest of the test materials. Gender played a big role in influencing the choice of varieties, whereby 36% of the participating women selected ICCV 2 for its early-maturing trait. Women were mainly interested in the maturity duration as opposed to men whose focus was on seed size and yield.