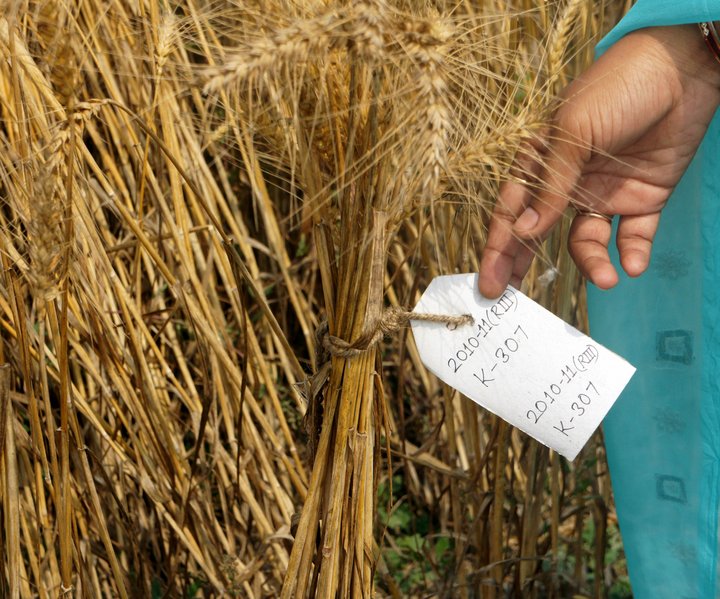 A new study in PNAS addresses the challenge of climate adaptation in a way that is both scalable and targeted. Scientists demonstrate a unique approach using crowdsourced citizen science that capitalizes on farmers’ knowledge.

New and rapidly evolving climate conditions brought about by climate change require farmers to replace their crop varieties more often than they did in the past. But every time farmers change a variety, they take a risk. How can they know if a new variety will grow well on their farm? Farmers need information that takes into account their local conditions, and they need it fast. A new study published in PNAS shows how farmers themselves can get involved in scientific studies to accelerate the generation of information about variety adaptation.

Jacob van Etten, one of the lead authors of the study, explains how the idea originated. “This work started with the idea that in the agricultural sciences we could learn from ecologists and environmental scientists who get massive feedback from citizen scientists. For example, bird ecologists put together data from many bird watchers, who contribute their observations to large database. In this way, they can trace bird movements across continents and see how climate change affects migration patterns over the years. With so many people contributing, they can track the impact of climate change as it happens. It occurred to us that we need a similar citizen science approach in agriculture to help farmers to adapt to climate change.”