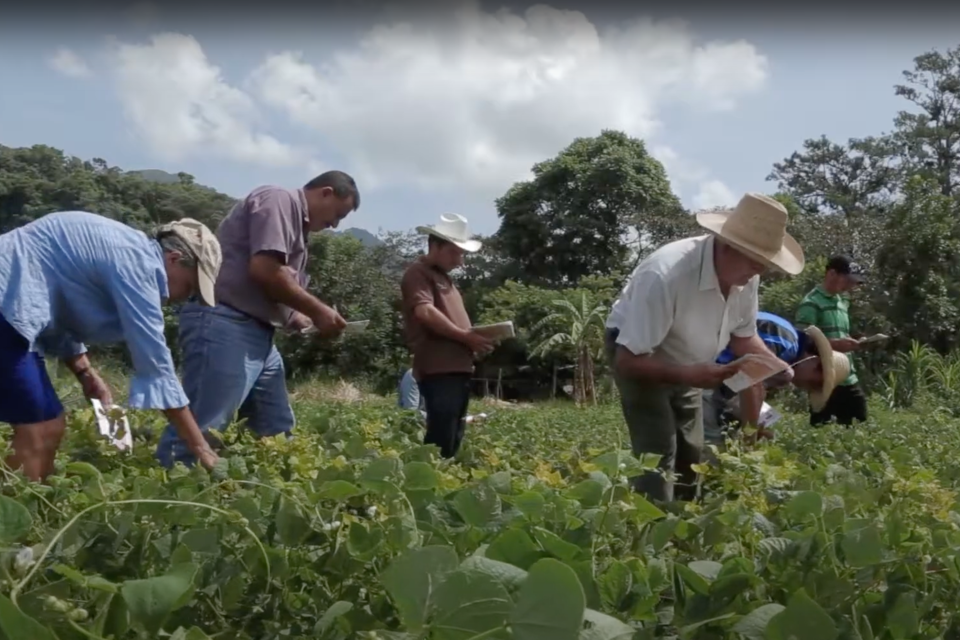 Jacob van Etten, Principal Scientist and Director for Digital Inclusion, explains that the idea for tricot (an abbreviation for triadic comparison of technologies), came from a frustration that he felt years ago, when participating in formalized experimental plots designed to test crop varieties that are conventionally bred for selected traits.

“In the 1990s, some felt the role of the scientists was to get feedback from farmers but it wasn’t an interesting exercise, the farmers weren’t excited about it,” he said, “It’s also not as useful for scientists as the breeders didn’t trust the information from the farmers.”

So, instead of crop varieties and other technologies being tested in large-scale field plots under generic conditions, tricot allows new crop varieties to be tested directly in farmers’ fields, the same context where they will hopefully be grown after the study.

Van Etten said the exciting thing about this study is that it shows that we go one step further: putting all these data together from several places and seasons and deriving more insights from them than would be possible with any dataset alone, even for places in which no trial was done.

Van Etten said tricot has enabled organizations to expand trials because of a lowering of costs.

“We found that we have halved the costs of doing equivalent trials, it’s not just that the farmers contribute their time and land, but the logistics and hand holding has gone down,” he said.

“I believe Jacob and his team’s deep experience and knowledge of local communities helped make tricot an appropriate innovation, “ she said, “I believe it is the simplicity and agility of tricot which make it a success.”