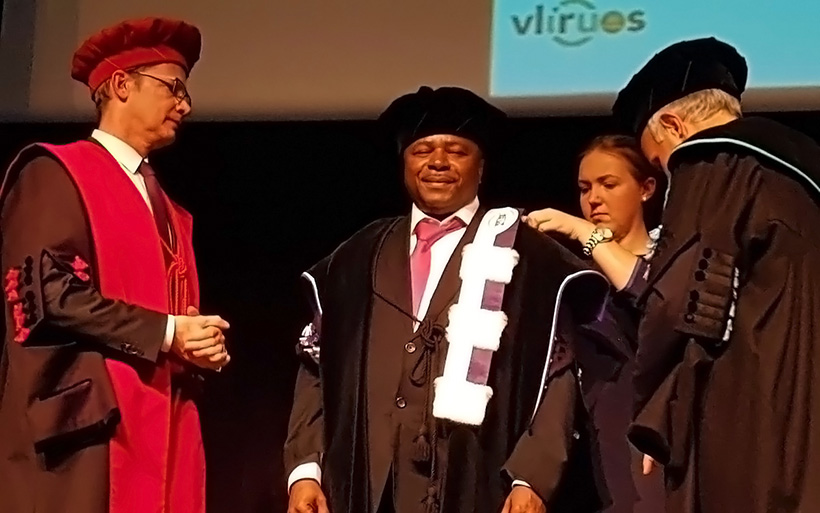 IITA Director General Nteranya Sanginga received this week the degree of doctor of honoris causa from KU Leuven. The award was conferred at KU Leuven in Brussels, Belgium, on the occasion of the 20th anniversary of VLIR-UOS, an organization that supports partnerships between higher education institutions in Flanders and the South.

Prof Luc Sels, Rector of KU Leuven, said that the university community “wishes to recognize Sanginga for his visionary leadership of IITA, which he has turned into a research-for-development organization that enables African scientists to partner up with colleagues and institutions from all over the world.”