Democracy and commodity cycles in Latin America and the Caribbean 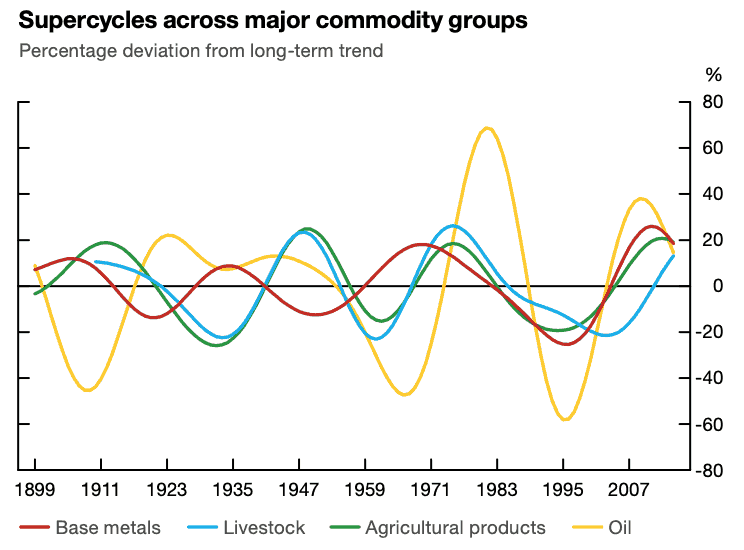 The social upheavals occurring across Latin America and the Caribbean (LAC) have equally impacted countries with very diverse politics and public policies—such as Ecuador, Chile, Bolivia, and Venezuela, to name just a few. This convergence should deter those who analyze reality employing general categories such as “progressivism” or “neoliberalism.” It is more useful from the analytical standpoint to take a broader view of the global macroeconomic context—in particular, commodity cycles and how they impact LAC’s unequal and unjust societies.

Although it may seem an exaggeration to go so far back, the history of Latin America and the Caribbean over the last 500 years is marked by two characteristics: Inequality in wealth and income and involvement in global markets, especially with exports of raw materials.

This situation has been the consequence of three different productive structures, each the result of geography and climate. One regional group (especially on the Atlantic coast) based its economy on tropical export agriculture, beginning with sugar production on large plantations with slave labor (later extending to other tropical products). A second group (basically throughout the Andes and north to Mexico) focused on the production of minerals for export (originally gold and silver, then copper, tin, oil, and other products), also exploiting slave labor of native peoples and with agricultural production taking place on large establishments as well. The economy in the third group was based on temperate climate agriculture in the plains of South America (basically Argentina and Uruguay). Lacking minerals or the possibility of producing high-priced tropical products, these regions attracted much less migration than others during the colonial era, and the resulting ranching economy was based on livestock in large production units. These three types of production generated wide disparities in wealth and income (although comparatively much less in the third).