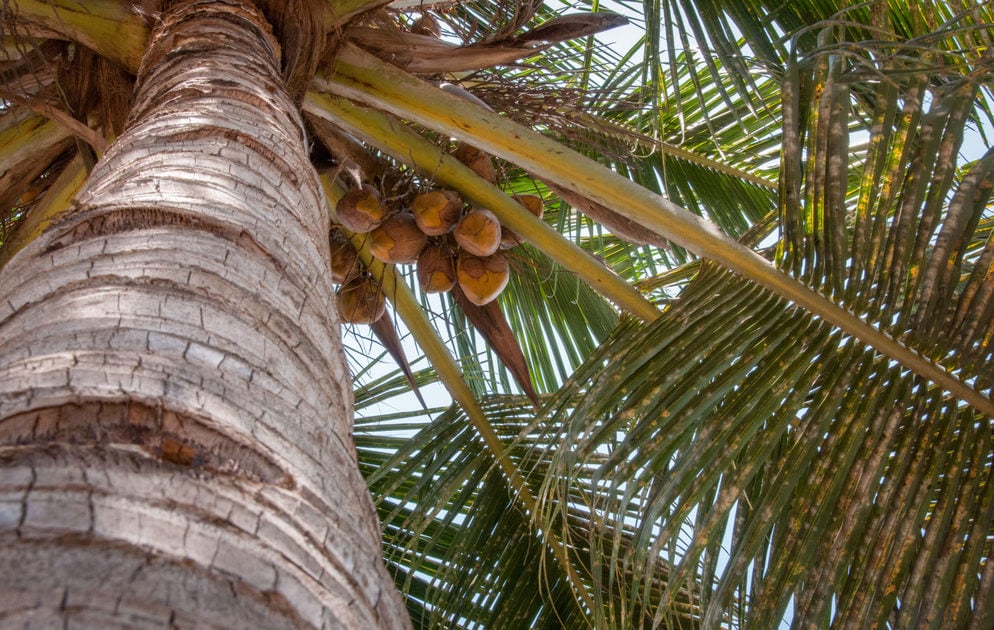 While the worlds’ coconut beaches are all very quiet from the pause in global tourism caused by the SARS-COV2 virus, coconuts have been in the news in a negative way, on two fronts.

First, the Thai coconut industry got hit by a documentary of the ‘slave labour’ of monkeys, specially trained to harvest coconuts without respect for animal rights. Several global companies responded quickly with news that they would no longer buy from the companies implicated but the Thai authorities tried to deal with the issue by a combination of denial (… it only happens in a few places, as a tourist attraction…), reference to traditions along with economic claims that it isn’t even profitable.

Then, a paper ‘Coconut oil, conservation and the conscientious consumer’, comparing the biodiversity impacts of various vegetable oils appeared to suggest that coconut oil has a far greater negative biodiversity footprint than any other source, including palm oil. An eye-catching graphic showed a stark difference. As coconuts are often grown in agroforestry systems, this negative image may come as a surprise, certainly in comparison with palm oil.